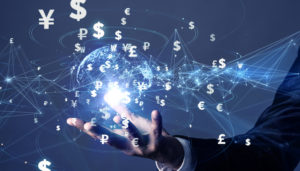 Nordic Capital has run a process to help it secure fresh capital for a top-performing asset.

BlackRock Private Equity Partners led a consortium including Neuberger Berman and Aberdeen Standard Investments in buying a minority stake in payments business Trustly, which the Scandinavian buyout firm acquired in 2018, according to a statement.

The transaction valued Trustly at more than $1 billion, according to a source familiar with the matter.

The deal, advised by Citi’s private funds group, was designed to “bring in additional long-term capital to support the company as it continues to invest in its products, infrastructure and expand globally”, the statement noted. Nordic maintains a majority stake.

Investment Corporation of Dubai and Retirement System Investment Commission of South Carolina were among the other backers.

Some investors committed co-investment capital and others secondaries capital, according to a source with knowledge of the deal. The aim was to provide liquidity for exiting shareholders and bring in larger, more aligned investors through a process that Nordic could control.

“The analysis investors had done was no different from a single-asset secondary but the ultimate commitment was not into a continuation fund vehicle, but to get a stake in the company directly,” the source said, adding that the deal could be described as a “direct single-asset process”.

Selling shareholders were mainly early employees, Secondaries Investor understands. The size of the minority stake is not clear, nor whether Nordic sold down any of its stake.