Single-asset restructurings come with so many potential conflicts of interest that they are not worth undertaking, according to one of BC Partners‘ top dealmakers. 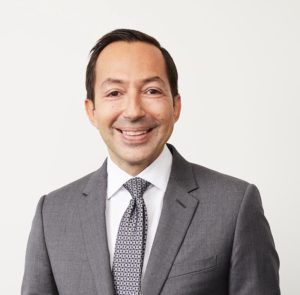 “On paper it looks like a good idea and we did consider it,” Wautier said, referring to both single-asset deals and cross fund sales. “But when you start implementing it, it’s not worth the headache.”

The two cases were Allflex (now Antelliq) and Mergermarket (now Acuris), which the firm partially exited to Canadian pension PSP Investments in 2016 and Singapore’s GIC in 2017, respectively. In addition to a secondaries process, BC Partners had also considered selling the assets to one of its existing funds in a cross fund deal, but found both options an “absolute nightmare,” Wautier said.

Finding a market price at which the GP is happy to be both a seller and buyer throws up complications including conflicts of interest, while running a bid process and ultimately not selling the asset can also affect a GP’s reputation in the market as a serious seller, he added.

The firm ultimately opted to de-risk the assets by selling minority stakes to existing LPs – a trend which will only continue, Wautier said.

“If you go to an LP and you give them direct exposure to something that compounds its equity value at a double digit rate, they’re super happy.”

BC Partners has tapped the secondaries market before. In 2017 it hired advisory firm Campbell Lutyens to run a stapled deal on Fund IX to help it hit the €7 billion target of its BC European Capital X fund, as Secondaries Investor reported. That deal closed with Lexington Partners acquiring around €700 million worth of LPs’ stakes at a 14 percent premium to 31 March 2017 net asset value and committing around €300 million to Fund X.

Firms including PAI Partners, Blackstone and Warburg Pincus have run single-asset processes in the last 12 months. Last month AlpInvest Partners, Goldman Sachs Asset Management and HarbourVest Partners emerged as the backers of PAI’s single-asset process on ice cream company Froneri in a deal worth around €1.8 billion, as Secondaries Investor reported.