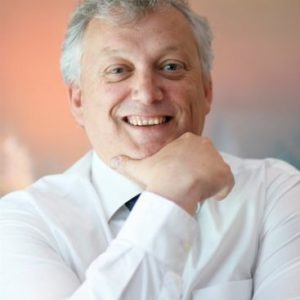 He joins the pension manager in mid-March from Dutch life insurer Vivat, where he worked in the same position for two years before unexpectedly resigning in September 2015.

Vivat said that it was “in the interest of the company” that Van Olphen resign by 14 September, according to a company statement at the time.

Van Olphen replaces Dick Sluimers, who stepped down from the role at the beginning of January after 25 years at APG, as the group neared the end of its three-year restructuring programme, which involved the loss of 200 jobs every year.

His gross salary will be €500,000, a figure which represents a 10 per cent decrease in salary level compared to Sluimers, according to the statement.

In the role, Van Olphen will be responsible for all of APG’s business activities, in a time when the Dutch pension system faces challenges such as an increasing call for individualisation of pension schemes, an ageing of the population and low interest rates, a spokesperson for APG told sister publication pfm.

“Gerard will need to steer APG through the coming years, when potentially far-reaching changes in the Dutch pension system will occur. These change might trigger new requirements in the nature and quality of APG’s services,” said Bart Le Blanc, chairman of APG’s supervisory board.

Van Olphen’s four-year appointment has been approved by the supervisory authorities and APG’s shareholders, the firm said in the statement.

APG administers the pension schemes of 4.5 million people in the Netherlands on behalf of large pension funds and currently manages €428 billion in assets.