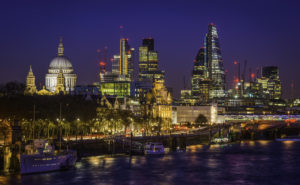 Apax Partners, the UK’s second-biggest private equity firm according to the PEI 300, has become the latest big name to tap the secondaries market, Secondaries Investor has learned.

The London-headquartered firm has hired Campbell Lutyens to run a GP-led process on its €11.2 billion, 2007-vintage Apax Europe VII fund, according to five sources familiar with the process. The fund has around €4.7 billion in net asset value across 15 portfolio companies.

“Pricing will be critical,” an LP in Apax VII told Secondaries Investor. “We’ll take a decision on whether we need the liquidity or not.”

The deal is the latest in a series of GP-led processes by marquee primary managers. In the first half of this year London-headquartered BC Partners sought a stapled deal on its 2011-vintage flagship buyout fund to help raise its tenth such fund; in July Warburg Pincus was working with Lazard on a GP-led process to sell a strip of Asian assets from its 2012-vintage Fund XI, and in September Partners Group backed Swedish manager EQT’s stapled deal involving a stake in its 2011-vintage fund and a commitment to its third Asia-focused mid-market vehicle, as Secondaries Investor reported.

Apax VII closed in March 2008 above its target of €10 billion, according to PEI data. Assets remaining in the fund include Israel’s largest asset manager Psagot, cyber security software creator Sophos and German fashion retailer Takko, according to Apax’s website.

The fund delivered a gross multiple of 1.7x and a net internal rate of return of 8.2 percent as of 30 June, according to a source familiar with the matter.

Apax is investing its $9 billion ninth flagship fund, which held its final close in December above its $7.5 billion target, according to PEI data. In early September the firm raised $1 billion for a tech-focused vehicle, Apax Digital.

The firm raised $17 billion in the five years to May, making it the 14th largest manager globally, according to the PEI 300. In the UK, only CVC Capital Partners raised more, with $19.9 billion over the same period.