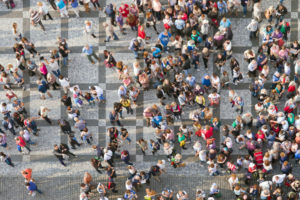 AlpInvest Partners has backed a deal that gave liquidity to investors in a portfolio of marketing, communications and research companies.

The Carlyle unit invested $260 million in the transaction that involved 17 assets owned by Stagwell Group, according to a statement. Stagwell was founded by Mark Penn, a former Microsoft executive and strategist for US president Bill Clinton.

AlpInvest has become the first outside investor in the group’s portfolio.

“The marketing landscape is in the midst of a dramatic transformation and we are excited to have AlpInvest support our mission in creating a network of strategists and tacticians that is nimble and digital-centric, building a go-to resource for brands looking to succeed in today’s complex marketplace,” Penn said in the statement.

The $260 million includes additional capital for fresh investments, according to an AlpInvest spokeswoman. The structure of the deal is unclear and the spokeswoman declined to provide further details.

The transaction will support Stagwell’s strategy of “building a network of innovative marketing and research companies”, according to the statement.

It is unclear which investors cashed out in the deal.

Mercury Capital Advisors was the advisor to Stagwell.