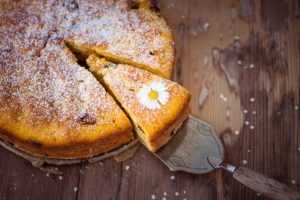 The Helsinki-based firm bought the portfolio, which contains 17 fully-invested western European mid-market funds, in a single portfolio transaction, according to a statement released on Monday that did not name the seller.

Paris-headquartered asset manager Access had brought a portfolio of interests to market in the first half of the year, according to two sources familiar with the deal. At least two of the funds were Rutland Fund II and CBPE Capital Fund VIII, according to UK regulatory filings that show the transfers closed on 30 June.

The stakes were acquired through a €137.5 million fund, raised specifically to carry out the transaction, according to eQ’s statement. The portfolio encompasses more than 100 portfolio companies acquired between 2006 and 2014.

“Value creation is well underway and the companies are increasingly positioned towards short to mid-term exits,” the statement noted.

Investors in eQ PE SF include another eQ fund, PE VIII North, which invests in northern Europe-focused lower mid-market buyout funds, and the Finnish State Pension Fund, among other existing members of eQ’s LP base, according to the statement.

The capital was raised while negotiations with Access Capital were ongoing, Staffan Jafs, head of private equity at eQ, told Secondaries Investor. He declined to comment on the identify of the seller.

eQ has closed at least ten secondaries deals through its funds or on behalf of its client portfolios over the last five years, according to the statement.

eQ Private Equity had €5 billion in private equity assets under management as of 30 June. It raises Europe- and US-focused lower mid-market buyout funds on alternate years, and is plans to launch its northern European-focused eQ PE X North at the start of next year.