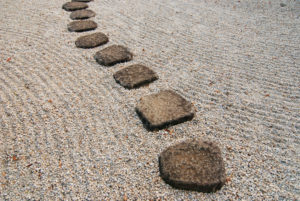 The firm started fundraising for AB Value Bridge VI in July 2016 and has closed on its $100 million target, according to managing partner Motoya Kitamura. Bridge VI held a first close on $57 million in December, the same month it rebranded from Ant Bridge Capital Partners, as previously reported by Secondaries Investor.

The fund’s investor base includes Japanese and North American pensions as well as Taiwanese family offices and corporates.

Kitamura, who joined AB Value in January, was previously the founder and partner of Asia-Pacific-focused funds of funds manager Roc Partners, an investor in Ant Bridge Asia V.

It is unclear whether Roc Partners will shut down its Japan business following Kitamura’s departure. Roc could not be reached for comment by press time.

Kitamura told Secondaries Investor he will join the firm’s two other managing partners — Shunsa Hayashi and Dennis Chung — in overseeing the day-to-day operations of the firm including management, operations and investment. He will be based in Tokyo and actively pursue opportunities in the domestic market.

Commenting on Fund VI, Kitamura added the firm will stick to the same strategy as its previous funds, which is focusing more on direct secondaries transactions but also looking at “more opportunistic deals that do not involve private equity funds and those not being actively pursued by orthodox secondaries managers”.

“If we see an opportunity where equities are available at a discount, for example a reverse merger case or even a management buyout, we would consider those deals and take a minority position and try to manage the company with incumbent managers, as we have done in the past” Kitamura said.

“The firm is also looking at purchasing stakes in tail-end funds. We’re seeing more specific cases we haven’t seen in the last five years, especially given the fact that many Asian private equity funds started in 2006-07 and are trying to reach full exit.”

AB Value, which has raised a total of $560 million since it was established in 2003, has offices in Taipei and Tokyo.