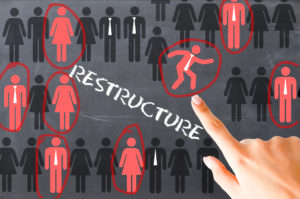 3i, one of the UK’s oldest private equity firms, is running a single-asset restructuring on one of its prized assets.

The London-listed PE and venture capital group wants to move Action, a non-food discount retailer and the sole remaining portfolio company held in its 2006-vintage Eurofund V, into a separate vehicle backed by secondaries capital, according to three sources familiar with the matter.

It is proceeding without hiring an advisor, Secondaries Investor understands.

Action has been described by 3i as an “exceptional business” and had a carrying value of £3.08 billion ($3.7 billion; €3.4 billion) as of 30 June, according to a first quarter results release. It has been valued at a post-discount EBITDA multiple of 18x.

The fund will come to the end of its life in November, according to 3i’s annual report for the year ending 31 March. The firm said it was exploring ways to maintain its current level of exposure to the Netherlands-headquartered chain of discount stores while allowing some investors to realise their investment.

3i noted in the report that it expects more investors will want to maintain a “substantial” proportion of their exposure to the company.

Action opened two additional distribution centres in early 2019 and 86 additional stores in the six months to 30 June, resulting in a total store count of 1,409.

The process is one of several large single-asset restructurings taking place in Europe. In April, Secondaries Investor reported that PAI Partners was looking to extract ice cream maker Froneri from its 2008-vintage buyout fund in a deal that could be worth as much as €1.8 billion.

Single-asset deals account for between 5 percent and 10 percent of the secondaries market by value, according to an estimate by managing director Jeff Keay of HarbourVest Partners.