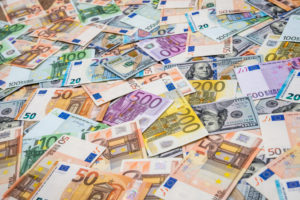 17Capital, the preferred equity specialist, has raised more than two-thirds of the €1.8 billion target on its latest fund, Secondaries Investor has learned.

The London-headquartered firm has raised at least €1.2 billion for 17Capital Fund 5, according to a source familiar with the matter. Fund 5 launched in the first half of this year, according to Secondaries Investor data.

It is understood that the firm has had a 95 percent re-up rate from LPs in its previous funds.

A Luxembourg regulatory filing from July shows that the firm is also in market with a credit fund named 17Capital Credit Fund.

17Capital has been expanding its credit team with the addition of three professionals from JP Morgan including fund finance head Tom Doyle; the hire of Stephen Quinn, former global head of financial sponsors at Lloyds Banking Group in June; and the hire of former CVC Credit Partners director Anthony McKay, who joined as finance director in July.

On Friday, Secondaries Investor reported that investment director Fokke Lucas had been promoted to managing director and that the firm had hired six additional staff, bringing the total number of professionals to 44.