We’re delighted to announce the fourth instalment of our Young Guns of Secondaries list, the only ranking of the most impressive industry professionals under 36. As the market continues to evolve, these are the people who will be seeing through its next iteration – in fact, many of them are driving its evolution today.

This year we have six women in the list, the highest number so far. With women representing just 30 percent of the overall private equity industry and a mere 6 percent of senior level positions, it’s encouraging to see more women being recognised. But there is still a long way to go. 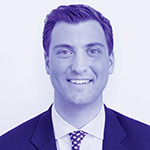 It’s hard to look past Ardian in secondaries. The French giant has topped the SI 30 ranking of the biggest fundraisers every year since launch and is raising the biggest ever pool of capital for the strategy. Of course, Ardian’s activity isn’t just restricted to Europe and New York. Leading the firm’s San Francisco office is 30-year-old Small, who, by all accounts impresses everyone he comes into contact with. Market sources described Small as a “superstar” who punches above his weight. “He is hands down the most impressive young professional in secondaries out there,” says an advisor who has worked with him. 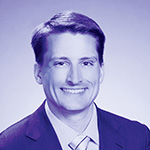 We continue to hear fantastic things about this Duke and MIT graduate. Boston-based Willard is understood to lead a ton of HarbourVest’s GP-led activity and is “extremely well-known in the market”, according to a buyside source at a non-traditional firm. He has played a lead role on several complex deals, including the restructuring and tender offer on The Endowment Fund – an SEC-registered vehicle with more than 13,000 high-net-worth individual investors, and the spin-out of Bank of America Merrill Lynch’s Asia private equity team to form NewQuest Capital Partners in 2011. 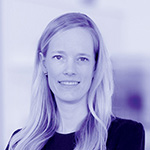 Switzerland-based LGT is known for its appetite for underwriting complex deals such as spin-outs and single-asset fund restructurings. The firm’s New York team is small but packs a punch. A senior member of LGT’s US secondaries team, Zacharias has contributed to more than $1 billion-worth of secondaries deals in the US over the past year. The Princeton graduate spent three years at AlpInvest Partners before joining LGT and is on the board of directors of the New York Private Equity Network. “She’s super smart and a great person to work with,” says a New York-based veteran advisor. 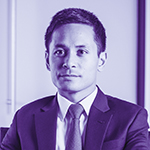 How many secondaries professionals can say they’ve worked across all three major geographic regions? We can only think of one: Michael Camacho. At 36, Camacho has achieved more than most could dream of achieving in their lifetimes. The Columbia graduate spent a decade at AlpInvest Partners in New York and Amsterdam and was head of Asia secondaries in Hong Kong. Headline deals include the $3 billion spin-out of Unicredit’s principal investment unit in 2014. “He has the nose to scent out problems and the nous to fix them,” says a GP who has worked with him. 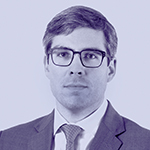 “Collaborative”, “bold”, “creative” and “rare talent” are some words Campbell’s peers used to describe him. The Duke graduate helped navigate ICG’s acquisition of Standard Chartered’s private equity assets – an “un-doable” deal in which Campbell saw moves unfold before they happened and knew how shifting one chess piece would affect others, we’re told. He also spearheaded ICG’s effort with Goldman Sachs Asset Management to help close ZZ Capital’s acquisition of energy infrastructure index provider Alerian. Campbell will be a “long-time participant in the secondaries space” with skills that are “well advanced beyond his years”, a source tells us. 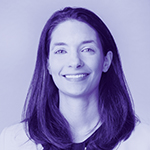 Evercore has featured in every incarnation of the Young Guns ranking, an impressive run that continues this year with Jasmine Hunet. Described by one advisory source as a “real superstar”, the UBS private funds group alumna led a GP-led restructuring for French firm Fondations Capital (now known as Trail Capital), the sale of a large portfolio of stakes by a UK pension fund and the almost single-handed execution of a highly complex tail-end portfolio sale made up of more than 200 positions. Impressive. 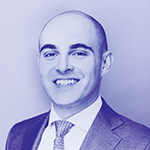 Mirsky is a star in the making, we hear. His direct private equity background – he spent time at Ontario Teachers’ Pension Plan before joining Whitehorse – helps him develop innovative structured liquidity offerings. We are told Mirsky has taken leading roles on some of the preferred equity specialist’s most complex transactions. He was recently promoted to senior principal and his drive and dedication have made him a leader, so say his peers. Fun fact: Mirsky speaks French and was head of student leadership at Ashbury College from 2004-06. 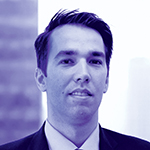 As one of the youngest Young Guns in this year’s list, 30-year-old Lyons has already made a huge mark on the secondaries market. The Cornell graduate has advised on more than $3 billion-worth of deals over the last 12 months and has been a “true difference-maker” in LP portfolio volume over the last two years, according to a source who knows him. Think LP trades in North America, think Nick Lyons. Lyons spends his spare time volunteering for the Make-A-Wish Foundation that helps sick children. An all-round impressive young secondaries professional. 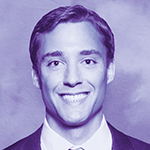 Strategic Partners closed the biggest-ever secondaries fund on $11.1 billion this year. One of the key people helping invest that capital is New York-based King. With more than $5 billion-worth of transactions to his name, the Strategic Partners veteran is understood to be working on one of the marquee secondaries deals of the year. Here’s what one of the best-known lawyers in secondaries had to say about him: “He has impressed me in particular by his successful efforts to understand the motivations of sellers and GPs and come up with creative and compelling solutions.” 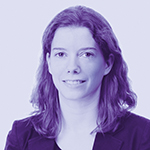 Described as discreet, humble and one of the most technical advisors of her age, Cossin’s deal sheet includes the 2017 restructuring of Duke Street’s 2006-vintage fund and the spin-out of Dutch bank ABN AMRO’s private equity unit. A graduate of France’s Science Po, Columbia and Oxford, Cossin moved to Paris last year to build Lazard’s secondaries operations there. A buyer who knows her describes her as “someone you really want to talk to because you know you’re going to learn from her”. One to keep your eye on. 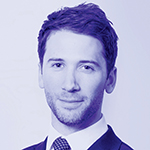 A grafter, capable deal advisor and natural leader and influencer – that’s how two market participants describe Hurwitz. He joined Proskauer at the end of last year and has already been involved in approximately 25 transactions with an aggregate deal value of more than $9 billion. Headline transactions include advising Ardian on multiple acquisitions and disposals as well as a global asset manager on a GP-led liquidity offering involving six multi-jurisdictional funds of funds. A conversational French and Spanish speaker, Hurwitz once climbed Mount Kilimanjaro raising over $8,000 for charity. What’s not to like? 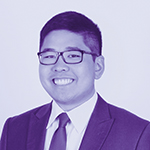 Asia has been the location of some milestone secondaries deals in recent years, including Singapore sovereign wealth fund GIC’s sale of a $1.7 billion portfolio. It was dwarfed this year by another Asian seller, Norinchukin Bank, whose sale of a roughly $5 billion portfolio to Ardian pushed the market to new heights. At the heart of deals such as these has been Hong-Kong-based Song, who, despite being the youngest Young Gun in this year’s cohort at 28, has earned the respect of his peers through his diligence and intelligence. 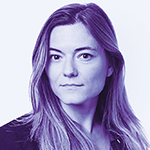 Dicu has advised on about $3.5 billion-worth of deals, from feeder fund transactions to complex GP-led processes. One deal under her belt is the 2018 restructuring of Nordic Capital’s €4.3 billion, 2008-vintage fund, a transaction that remains the largest fund restructuring ever to close. Dicu also has a hand in developing Campbell Lutyens’ marketing and origination activities in southern Europe, covering Italy and Spain. With GP-led transactions becoming a larger part of the firm’s activity, expect Dicu’s name to appear in some eye-catching deals to come. 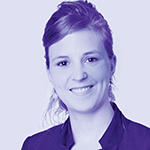 If you’ve had any dealings with Landmark’s European private equity team in the past five years, chances are Julie Bernodat was involved. Based in London, Bernodat forms a critical part of the investment team with a strong focus on complex GP-leds and preferred structure transactions. A former HarbourVest Partners associate, Bernodat has been directly involved in the sourcing and execution of 12 deals at Landmark representing a combined €6 billion. “She’s very on the ball,” says a competitor buyer who has worked with her. 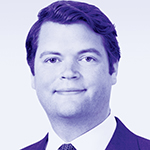 New York-based Brown is one of those rare secondaries professionals who has been on both the buyside and sellside and who has direct investing experience. At just 34, Brown joined the investment arm of the German family office to help lead its secondaries business – one of the youngest people in such a role in the industry. His CV includes a stint at Seven Mile Capital Partners where he was involved in direct investing, as well as advisory work at UBS and secondaries investing at Pantheon. 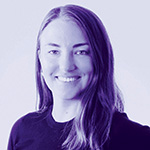 Nothing screams Young Gun to us more than expanding the market across asset classes. One of the most eye-catching such deals of the last 12 months was Greenspring’s restructuring of Altos Ventures’ 2008-vintage $86.5 million VC fund. The total deal was worth around $450 million including fresh capital. Helping lead this was Baltimore-based Hargest. “She’s fantastic,” says one competitor buyer who has worked with her. “On a relative basis of how young she is versus impact, she’s disproportionately responsible and resourced.” Keep your eye on this one. 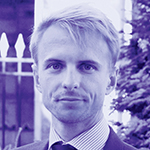 “In France, Jasmin is doing a lot of great things,” says one market source, referring to the Paris-based boutique placement agent and advisor. These “great things” can be attributed to Douge. We hear he’s extremely well-connected, direct and possesses strong business acumen, having carved out a niche in the French small-cap secondaries market after just two and a half years in the job. “I believe he has closed every single deal he brought to the market since joining Jasmin,” says a European buyer. Innovating into new markets and growing the secondaries pie? A resounding “oui”. 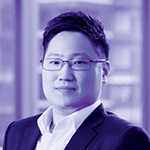 Hong Kong-based Shum could be considered part of the furniture at NewQuest, having joined from Credit Suisse three months after the firm’s launch in 2011. He has since made over $300 million of investments across multiple complex direct secondaries and fund restructuring transactions, while achieving $700 million of exits and liquidity. Shum was instrumental to NewQuest achieving a PEI Operational Excellence Award in 2016, recognising stellar returns on its investment in China Hydroelectric Corporation. 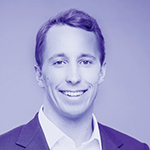 Canada’s Morningside might not be the biggest name in secondaries but it has been making waves in the smaller and complex part of the market. A big part of that effort has been due to Weekes, who by all accounts is originating and executing some pretty nifty deals. Buyers at competitor firms respect him and say he’s a “driving force” at the firm. A former Canada Pension Plan Investment Board and Citadel exec, Weekes is described as “meticulous” and “proactive”. Could you ask for more from a 29-year-old? 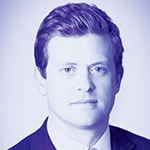 James Bromley, 35
Partner, Weil Gotshal & Manges
Few lawyers can say they’ve worked at secondaries advisory firms, but London-based Bromley can. At 35, the former Rede Partners executive is the only partner-level professional to appear in this year’s list. He blends his placement agent experience with technical legal skills, something that has led him to work on some impressive deals in recent years, particularly in real assets. With over $4 billion in transaction volume including real assets deals and GP-led processes for GMT Communications Partners and an infrastructure portfolio sale for Dutch bank NIBC, keep your eye on Bromley.