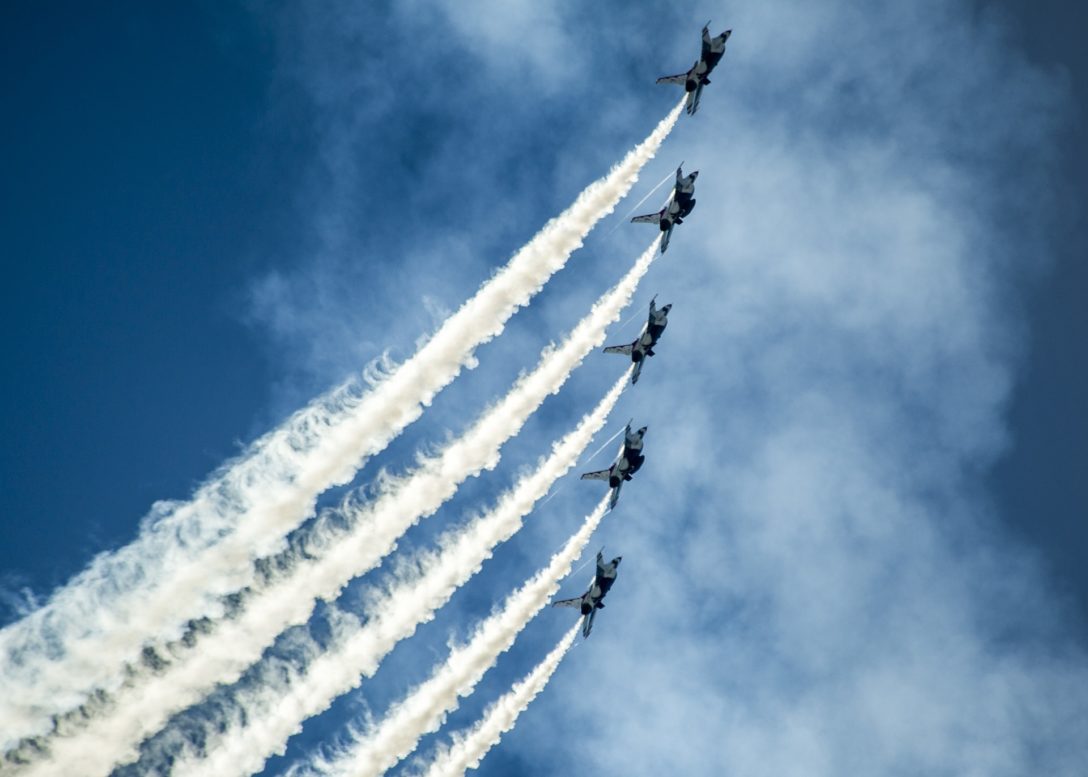 A professor at one of the world’s top business schools recently described its secondaries course as “one of our most popular classes”.

And no wonder. It’s a creative sector that’s constantly breaking new ground. And it’s a successful one, too. Deal volume in 2017 is likely to hit a record.

Helping drive this expansion are the 20 professionals who constitute this year’s Young Guns of Secondaries. All of our finalists were 35 years or younger as of 1 January 2017 and were ranked and sorted by a panel of Secondaries Investor and Private Equity International staff on deals, leadership and innovation, institutional clout and the elusive X-factor.

We were struck by the volume of nominations we received for our professionals – and the great things their peers and forebearers had to say about them.

The list honours 12 buyers – including a couple in preferred equity – seven advisors and a lawyer. The youngest is a mere 27 and the average age just 32. Signs that the sector is in safe hands.

It’s no surprise, then, that the next crop of MBA students is excited by secondaries. It’s an exciting industry to be a part of, and we’re delighted to share this year’s list with you.

Click here to view a printable version of this article.

“Fantastic, creative and street-smart well beyond his years” was how one secondaries veteran describes London-based Choy. With around $2 billion of completed deals under his belt, Choy has been involved in several first-in-kind deal structures and helped create a preferred equity product at the pension. He was also instrumental in building out CPPIB’s Asian secondaries business. He’s not shy to speak his mind in investment committee meetings and it wouldn’t surprise us if he’s leading CPPIB’s secondaries team one day – if he doesn’t have his own fund by then.

Balchev joined Pantheon four years ago from Rothschild and has had the distinction of being promoted in each year since. Responsible for origination, analysis and deal execution as well as covering the CEE region as a relationship manager, his energy, creativity and appetite for complexity made him a popular choice in this year’s round-up. Over the past 12 months he has worked on 10 transactions totalling more than $1 billion in value. “I truly believe he is on track to become the next industry leader,” says a source.

Described as a “secondaries addict”, Garnier has worked on the buy- and sellside in London and Paris, on around $4 billion-worth of deals ranging from single LP stake sales to complex GP-led processes. Garnier has been a key figure in Lazard’s charge into real assets and infrastructure secondaries, and his desire to explore new structures and geographies – he has closed deals in Asia and Africa – are a testament to his healthy addiction.

A rockstar. That’s how one market participant describes New York-based Cusano. He “lived on the road” when fundraising for his own fund, SOF I, which closed on its $337 million hard-cap with all-new Siguler Guff investors, bar one. In 2015 Cusano became the firm’s youngest managing director and founded its secondaries business at the tender age of 32, a sign of his maturity and ability if ever there was one. The manager of an SMA with a large US pension, Cusano is the embodiment of a Young Gun.

Hall has an eye for creating highly interesting transaction opportunities where a deal may not be immediately obvious. In five years at the firm, the Harvard graduate has led 12 deals and invested over $1.4 billion while also being instrumental in the restructuring of Lee Equity Partners’ first fund. When not busy completing complex deals, Hall spends his time promoting equal representation on the Carlyle Diversity Council.

Rohloff has been described as “mature beyond his years”, but at just 28 he certainly qualifies as a Young Gun. At his former shop Park Hill, Rohloff worked on more than $7 billion in deals. Most of that, $6 billion, was in GP-led deals across seven transactions, including the Lee Equity Partners and Enhanced Equity Funds deals. It comes as no surprise that he has been snapped up by Evercore, where he will help bolster the advisory firm’s GP liquidity solutions practice.

17Capital is undoubtedly a firm that is helping to expand and enhance the secondaries market. Spajic is central to the firm’s efforts and was described by one buyer as the “horsepower” behind a 2013 deal with UniCredit. A generator of proprietary and non-traditional dealflow, the former AlpInvest Partners professional has nine investments across North America and Europe to her name, representing $1.5 billion of committed capital. LP portfolio stake purchases… stapled deals… spin-outs… an advisory board seat, and now preferred equity. Impressive.

Nowaskey has had a swift ascent at Partners Group after joining from Antares. During his time at the global investment firm he has worked on more than 70 LP portfolio deals, eight fund restructurings, 11 direct secondaries transactions and three co-investments, closing at least $1.2 billion in just three years. In his three years at the firm, Nowaskey has originated approximately $1 billion of secondaries dealflow. Did we mention he is only 27?

Gavin had his work cut out joining Whitehorse from Denham Capital in 2016. The firm, founded the previous year, was looking to “hit the ground running”, and Gavin stepped up. One of four founding members of the Whitehorse team, Gavin is credited with expanding and innovating the firm’s uses of preferred equity. A dark horse? Perhaps, but definitely a Young Gun.

Experienced in large, diversified tail-end transactions, this NYU graduate has closed more than 125 separate transactions involving at least $5 billion. Mones is also known for leading a number of complex and comprehensive multi-asset class deals across buyout, real estate and real assets, often working with institutions which are selling as many as 400 separate interests in one deal. One of the Blackstone unit’s stars.

Graham joined the Standard Life unit almost a decade ago and has helped raise at least $780 million across three funds. Insiders tell us he has been instrumental in developing the firm’s secondaries strategy and has led many SOF fund investments, including the acquisition alongside Partners Group of a €500 million separately managed account from California Public Employees’ Retirement System. He is also making a name for himself on the conference circuit as a thought leader, so when you see him on stage, remember you read about him here first.

Since joining the firm in 2011 Zittergruen has become a key member of one of the biggest players in secondaries advisory. In the last 12 months alone he has played a role in completing transactions worth more than $3 billion. But beyond that, those who nominated Zittergruen repeatedly point to his “superior relationship-building skills”. He is also actively engaged in the sourcing and execution of LP portfolio deals and GP-led transactions.

Lei is an impressive guy, and that’s not just how his peers describe him. Here’s why: despite being in his 20s, he was integral to setting up Metropolitan’s secondaries business alongside colleague Sarah Schwarzschild. He joined from Partners Group in 2014 and is credited with being the architect of Metropolitan’s real estate-specific underwriting models for secondaries and positioning the Carlyle unit as a worthy competitor. If working to establish a real estate secondaires business isn’t impressive, we challenge you to tell us what is.

Keith joined the private equity and real estate secondaries firm in 2007 and rose to lead its $1.3 billion real asset investment programme. With around $1 billion in closed deals and more than $400 million in energy fund restructurings to his name, he is also a prolific writer, having written on energy and infrastructure secondaries for Private Equity International books. Keith still finds time to hold board seats on the Children’s Health and Development Institute, the Hartford Public Library and the Children’s Fund of Connecticut. An exemplary Young Gun.

Advisory firm Elm Capital’s youngest partner sourced and worked on more than 12 transactions representing about $750 million of net asset value in the first half of this year alone. Ellmer’s transactions have been complex but consistent hits, ranging from cleantech assets in emerging markets to one of the first fund restructurings in Germany. The former SAP executive is not only well regarded for his sourcing efforts, positioning and ability as an advisor, but also as a successful karaoke event
co-organiser, we hear.

Jonske is on track to earn the title “secondaries veteran”, having already spent over a decade in the industry. His peers applaud his work on a $1 billion tender across three buyout funds, as well as on numerous GP-led transactions, LP sale portfolios and fund financing opportunities. He previously worked at Landmark Partners where he cut his teeth on the practical side of investing, assessing, underwriting and closing private equity secondaries investments.

Enhancing and expanding the market is one of the attributes we look for in our Young Guns. Sperberga is doing just that, spearheading the advisory firm’s Singapore office where she will lead the currently expanding Asia-Pacific secondaries team. Among her many deals is a transaction with a large Asian sovereign wealth fund on a disposal that included large cornerstone infrastructure fund interests. Will Asian secondaries finally take off? If Sperberga has anything to do with it, the answer is most likely “yes”.

London-based Rife plays a leading role in devising, negotiating and implementing structures for end of life recapitalisations and other complex secondaries. With glowing references from some of the industry’s biggest names, his CV includes advising Deutsche Bank on the formation of its SOF III fund, the recapitalisation of a Newport Global Advisors fund and several end-of-life fund recaps. A “formidable counterpart” who always ensures his client receives an optimal deal, Rife has a knack for making complex legal ideas understandable by the layman.

If our Young Guns list showcases professionals who are helping to expand the market, push boundaries and challenge the status quo, it’s hard to look past McKell. While the Australian may not be as well known in global secondaries circles as others, McKell has built the brokerage firm’s real estate secondaries business and has managed to close more than 150 deals worth more than $850 million in just two years. With his sector’s deal volume heading toward a stellar year, he is quietly educating the market on its virtues.

In her 11 years at the direct secondaries specialist, Stitch has become synonymous with creativity. She ran a tender offer in which 100 shareholders were offered variable pricing for each class of shares and investors could pick the price and quantity which they were interested in selling. She also ran a recapitalisation which saw her create a new class of preferred stock, allowing one shareholder to cash out while the others stayed in. Her ability to create bespoke deals for her clients makes Stitch stand out to us as a Young Gun.