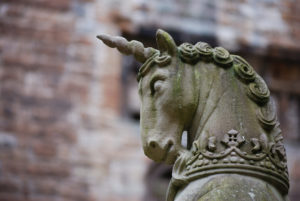 Endowment Wealth Management, a Wisconsin-headquartered financial advisory firm, is raising a $25 million fund to buy secondaries stakes in unicorn companies, according to a statement from the firm.

The EWM Unicorn Technology Fund will target companies at the end of their private life-cycle that are likely to seek an exit within two to five years, EWM’s chief investment officer Prateek Mehrotra told Secondaries Investor.

The fund has raised $3.6 million and invested it in six companies, one of which, machine learning technology company Cloudera, listed on the New York Stock Exchange in April. It will invest other commitments as and when they come in.

Unicorns are start-up companies valued at more than $1 billion.

Primarily a financial advisor to ultra-high-net-worth individuals, families and small institutions, this will be EWM’s first blind-pool closed-ended fund. The firm has in the past bought two direct stakes on the secondaries market, one of which was acquired using a purpose-raised fund, according to Mehrota.

Mehrota has a background in venture capital, having spent three years as a principal at GTG Ventures, a now liquidated Silicon Valley firm, according to his LinkedIn profile.

The Unicorn fund will focus on four buckets: momentum plays, for companies experiencing rocketing growth and valuations; mispriced plays, where a strong business trades at a significant discount on the secondaries market; wannabe unicorns, which are on their way to a $1 billion valuation; and distressed plays.

According to technology analyst CBInsights, there were 197 unicorns in the world as of May worth a combined $679 billion.