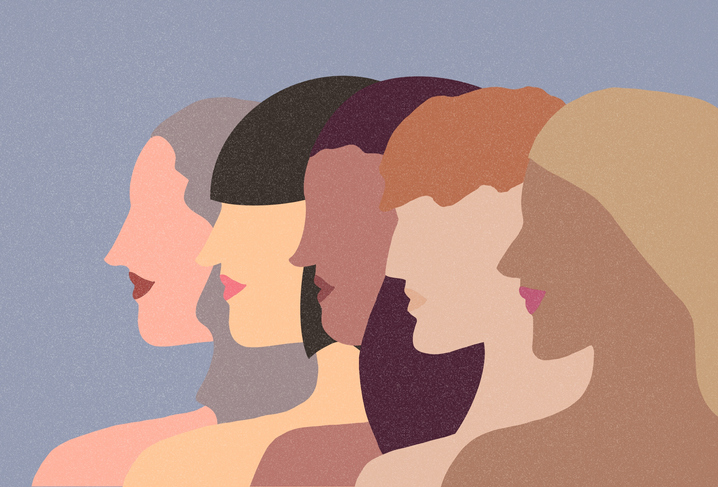 The past weeks have seen the issue of women’s rights and gender equality come to the fore, for tragic reasons. In the UK, the murder of a 33-year-old female marketing executive who disappeared while walking home via a London park led to public outpouring of grief, anger and greater attention to male violence and women’s rights.

In Australia, tens of thousands of people attended marches across the country last week protesting against the sexual abuse and harassment of women, spurred by a recent wave of allegations of sexual assault centred around Australia’s parliament.

It is timely, then, that in the secondaries market, there is a growing movement of participants pushing for greater support, promotion and elevation of women in an industry dominated by men. That’s the goal of WINS – a women in secondaries network – founded by five industry professionals from some of the biggest firms in the industry representing the buyside, advisory, lending and legal sectors.

Christina Marsh, a vice-president at Japanese banking giant Nomura, said she began the group in 2018 as an informal social event that first involved a group boxing class, followed by cocktails. The next event was sushi making, held at Nomura’s headquarters in New York.

“After that the group started to grow and people started to realise there were a lot more of us in this market than we’d initially thought,” Marsh tells Secondaries Investor. She and her fellow co-founders set about to create a more cohesive mission with multi-firm support.

“Our mission is to promote, retain and elevate women within the secondary market, and we’re looking to do that by providing women market participants with programming and networking opportunities,” Marsh says.

According to Erica Seidel, a vice-president at Blackstone Strategic Partners, the need for a network dedicated to women in secondaries is greater than ever before.

“It’s important to have something tailored specifically to our industry,” Seidel says. While broader networks for women exist in the wider private equity and alternative assets industry, knowing other women in the secondaries industry can be hugely beneficial.

“What we’ve noticed from getting to know each other is how valuable it is to know folks in your own industry. That really speaks to the composition of our board and how we span the deal cycle, because having that network in place at every step of the way, in your career and your day-to-day, is key.”

In the wider private equity market, research by Bloomberg shows that women account for just 8 percent of senior investment roles within the top 10 PE firms globally. In the UK and Europe, just 10 percent of senior investment professionals at private equity, growth capital and venture capital firms are women, according to data published last week by the British Private Equity & Venture Capital Association.

Statistics for the secondaries industry are difficult to come by. One gauge of this is Secondaries Investor‘s annual Next Gen Leaders list, which last year initially received less than 4 percent of submissions for women – a figure that rose after extending the nomination period for non-male candidates only.

The WINS initiative is not to be confused with the Women in Secondaries network, launched in December by Coller Capital and Akin Gump to “empower, promote and support women working in the secondaries industry” through quarterly networking and knowledge-sharing events. The group in March held its second event, virtually, with double Olympic champion, Colonel Dame Kelly Holmes MBE as guest speaker.

For Amanda Ugarte, a former managing director at PJT Park Hill who is understood to be joining Lazard, setting up WINS is a step in helping make women more visible.

“Women are sort of hidden throughout the secondary industry,” Ugarte says. When women realise there are other women working within the sector, it’s easier to make connections, she adds.

Informal networking events for men exist in the secondaries industry, and having a network for women helps with relationship building and information sharing, Ugarte says.

“You start to talk about what you’re working on, dealflow, what structures you have seen. What are you seeing on that deal? You talk shop. It’s nice to have a group of people in a personal fashion, so you can build trust and then you can share information more so than you would with an acquaintance or someone you don’t know as well.”

“Being in a room where everyone has raised their hand and said, I want to lean in, I want to see you be successful – that’s something really powerful and exciting”
Nicole Washington, Kirkland & Ellis

Nicole Washington, a partner at Kirkland & Ellis, says the constantly evolving nature of the secondaries market means having a safe space, where women can support each other and discuss latest trends, is crucial.

“It’s such a dynamic market and there have been so many changes in the market over the past two years,” Washington says. “Being in a room where everyone has raised their hand and said, I want to lean in, I want to see you be successful – that’s something really powerful and exciting.”

WINS plans to launch a mentoring programme for junior women in the industry – something Pamela Hanafi, a former Landmark Partners investment professional who joined TPG this year, says could be beneficial for women at all stages of their careers.

“At the junior level, perhaps you’re meeting people for the first time and looking for a network or finding a mentor. If you’re more senior, you could be a mentor. There are different ways you can educate or provide support to women, whether that’s career or industry resources, making the connections, sourcing new opportunities or creating key business relationships.”

WINS’ next event is a virtual wine tasting session with Victoria James, who became the US’s youngest sommelier at age 21 and has detailed her experience in the book Wine Girl. While the events are fun, WINS’ co-founders hope that by bringing women in secondaries together, this can ultimately translate to better recruiting, better retention and better promotion of women in the industry.

“While we’re a more niche industry within the private equity landscape, we’re growing one,” says Blackstone’s Seidel. “To the extent that there is more publicly available information about secondaries, it helps everyone.”

For more information on the WINS Women in Secondaries network, visit here.