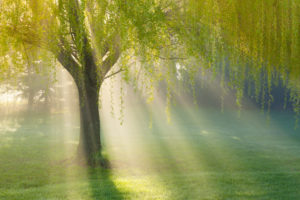 Willowridge Partners, which launched its first secondaries fund in 1995, is back in market.

The New York-headquartered firm is targeting $650 million for Amberbrook VIII, according to a filing with the US Securities and Exchange Commission dated 17 October. The firm expects the fundraise to take less than one year.

Predecessor fund Amberbrook VII closed above its $450 million target on $500 million in 2016 after around five months in market, according to Secondaries Investor data. Limited partners who backed the fund include Northern Kentucky University, Southern Illinois University Foundation and Lawrenceville School.

Founded in 1995, Willowridge targets lower-mid-market buyout, venture capital and mezzanine assets. It can buy anything from six-figure single line positions through to portfolios worth $30 million or more, Secondaries Investor reported in 2016. The firm can also invest in direct minority company interests.

In 2017, Willowridge picked up a stake in the 2005-vintage Apax Europe VI from Excelsior Partners Fund IV, a distressed fund focused on micro-, small- and mid-market buyouts, Secondaries Investor reported.

In 2016, it bought a portfolio of tail-end stakes offloaded by Lexington Partners’ 2000-vintage fund, including funds managed by 3i, BC Partners and Charterhouse Capital Partners.

Willowridge has 10 employees including founder Jerry Newman and partners Luisa Hunnewell, James O’Mara and Lawrence Fang, according to its website. Since foundation it has completed more than 450 transactions and acquired stakes in more than 1,100 separate funds.

Willowridge did not respond to a request for comment.