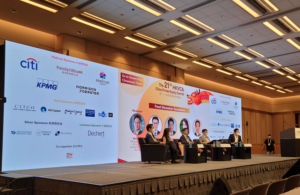 It might seem on paper an inopportune time for Chinese GPs to launch a renminbi-to-US dollar restructuring; though managers still have an appetite for such processes, buyers say they are now more likely to involve assets from a handful of sectors.

“For new energy and for semiconductors, because the domestic market is hot… they don’t need to build up the USD track record to raise their USD fund,” Sau said.

“But on the other hand, for all the sectors like SaaS, enterprise solutions and healthcare, they can still win the USD investors’ appetite and [the] IPO potential in overseas market is higher. They want to build up this track record so they are more willing to talk to us to structure RMB to USD funds.”

These restructurings not only enable Chinese GPs to generate liquidity for their existing domestic investors, which typically invest on a shorter basis than their international peers, they also allow sponsors to seed a new US dollar-denominated fund strategy with some of their prized assets. Doing so paves the way to launch a new family of funds that are open to a wider universe of international investors.

Hong Kong-headquartered TR Capital has participated in some of the most high-profile renminbi-to-dollar restructurings to date. In 2020, it led one such deal involving seven assets managed by Beijing-headquartered early stage and growth firm Kinzon Capital, Secondaries Investor reported at the time. The transaction, which included artificial intelligence company AiBEE and imaging firm Beijing Moviebook Technology, was worth around $100 million in net asset value and included follow-on capital for new investments.

“Over the past two years we are seeing that quite a lot of RMB… [GPs] are facing difficulties to raise their RMB funds,” Sau added. “We believed that it may be a very good opportunity for us. So we talk to them; we tell them, ‘Why [don’t] you set up some US dollar track record and, at the same time… address liquidity questions from the LPs.’”