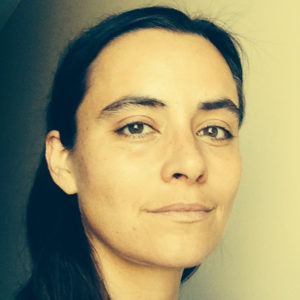 Environmental, social and governance issues increasingly prevent LPs from committing to a specific fund, but might they also cause an uptick in secondaries deal flow?

Its $50 million commitment to JLL Partners’ 2005-vintage Fund V gives it a roughly $4 million exposure to ACE Cash Express, a so-called payday lender the fund backed in 2006, and which recently agreed a $10 million settlement over its debt collection practices. Advocacy groups have subsequently expressed concerns over the ACE exposure, particularly given payday lending is illegal in many states including New Jersey, prompting the SIC to consider various options.

This isn’t the first time environmental, social or governance (ESG) concerns have put potential secondaries deals in motion – nor even the first example to do with payday lenders. A couple years ago the Church of England pension fund ran into trouble when one of its officials made public remarks against payday lenders’ practices, only to learn it had exposure to one via its investment in an Accel Partners fund. That prompted a review of its portfolio and a number of approaches from secondaries fund managers.

The importance of responsible investment – or said another way, implementing and following a clear ESG framework – has taken on increasing importance among institutional investors. According to a recent PwC study, 97 percent of private equity limited partners expect responsible investment to increase in importance over the next two years, with 71 percent of the LPs interviewed noting they would decline to commit to a fund, or would turn down a co-investment, on ESG grounds.

While that is easy to do at due diligence stages, market sources note that circumstances can change throughout the life of the fund.

“It’s something private equity has always struggled with,” said one secondaries market participant. “You’re blind to what you’re going to buy. An investment period lasts five years and things change in those five years.”

Sometimes what changes is what’s deemed controversial and/or an LP’s own ESG policies.

Take the example of the California State Teachers’ Retirement System (CalSTRS) and a commitment it made to a Cerberus Capital Management fund back in 2003. Cerberus’s investment in the Freedom Group, which manufactures firearms under several brands including Bushmaster, didn’t seem to pose a problem for the pension fund when it was made in 2006. But that changed in December 2012, when a Bushmaster-manufactured rifle was used to kill 20 children and six adults in the Newtown, Connecticut, school massacre. The tragic events prompted CalSTRS to immediately review its investments.

CalSTRS ultimately didn’t need to sell its exposure to the Cerberus funds. Last month, Cerberus finally allowed investors to sell back their stake in the gun maker directly to the company using a special purpose vehicle. CalSTRS also now includes provisions in new private equity agreements that exclude firearms subject to divestment and offers CalSTRS an opt-out option if such investments occur.

While these may seem like extreme examples, there are more (witness student protests at places like Harvard or Oxford over endowments’ fossil fuel investments). And some sources believe ESG issues will provide more opportunistic secondaries dealflow.

“I think these are situations that are going to come up more frequently, especially in public universities and pension funds,” said one US-based fund manager. “People will look more and more into it.”

So far though, while ESG may often prevent LPs from committing to a specific fund, it’s still rare that it is the main reason for selling on the secondaries market. Even when a pension fund or endowment wants to completely divest from a controversial industry or a specific type of business, erasing the exposure can be challenging and costly, as Skidmore College found when it explored divesting fossil fuel exposure.

“The other question is materiality,” said an advisory firm executive. “If it’s only one company in the portfolio, in the grand scheme of things, materiality is thin.”

What’s your view? Get in touch at marine.c@peimedia.com