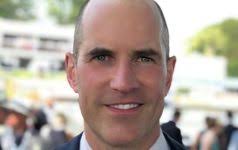 Alaska Permanent Fund Corporation, the US state’s $65 billion sovereign wealth fund, has historically shunned the secondaries buyside, a state of affairs that could be short-lived.

It took APFC and director of investments Stephen Moseley just six years to build an $8.4 billion private equity portfolio almost from scratch. Unlike many investors seeking exposure to the asset class in a short timeframe, it did so without acquiring stakes in existing funds.

“I view being on the buyside of a secondaries transaction as an interesting tactic to build exposure versus just making primary commitments, but the cash-on-cash returns aren’t typically very high and it’s an incredibly competitive market,” Moseley told Secondaries Investor.

“It may not always be like that but we don’t want to be in a position where we’re competing against people who’ve got better dealflow and more experience or talent.”

Pricing has risen in recent years. According to data from Greenhill, interests in buyout funds traded at an average 97 percent of NAV last year, up from 91 percent in 2013.

“Given that landscape, we’re a seller not a buyer,” Moseley added. And sell it has: the fund offloaded around $750 million of private equity fund stakes to Ardian last year and was mulling another transaction worth north of $1 billion as of February.

APFC has exposure to secondaries strategies as an anchor investor for preferred equity specialist Whitehorse Liquidity Partners. Still, managers should not expect a commitment soon: Moseley said the SWF will never back a traditional secondaries fund.

Its aversion to the buyside is not as strong.

“We do have the capacity to buy in the secondaries market and there is an expectation that in a different kind of market environment we could become a buyer,” Moseley said.

“Those who bought after the global financial crisis look like super smart money now, so I’m sure we’re not the only ones who think that if there were a real market dislocation there could be opportunities. The only secondaries we’ve looked at seriously on the buyside have been very small, so I don’t think we’ll do anything there unless there’s a big reversal in the market.”