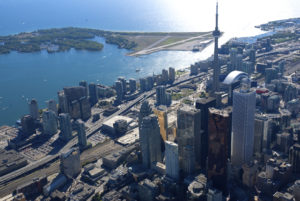 Preferred equity specialist Whitehorse Liquidity Partners has raised at least $730 million for its second fund, according to a filing with the Securities and Exchange Commission.

The filing, dated 12 February, lists the date of first sale for Whitehorse Liquidity Partners II as 9 February and notes that the firm expects fundraising to take more than a year.

Proceeds so far have come from 48 investors and no placement agent is listed.

A separate filing shows the firm has also raised $193.5 million in an offshore vehicle from 17 investors. The total raised for Fund II is unclear and a spokesman for the firm declined to comment.

Secondaries Investor reported in January that Whitehorse II was set for an initial close in the first quarter on its way to a $750 million target with a $1 billion hard-cap.

The fund launched in January, according to PEI data.

Whitehorse’s 2016-vintage debut fund closed on its $402 million hard-cap after one year in market. The fund, which was targeting $300 million, was oversubscribed within two quarters of launching, Secondaries Investor reported.

Investors in the fund include Alaska Permanent Fund, which made a cornerstone commitment of $100 million, according to PEI data.

In September the firm appointed Giorgio Riva, formerly a key member of CPPIB’s secondaries team, as partner. Riva was the fourth CPPIB alumnus to join the firm, following in the footsteps of founder Robard, chief financial officer Sean Connor and controller Marilia Bothamley.