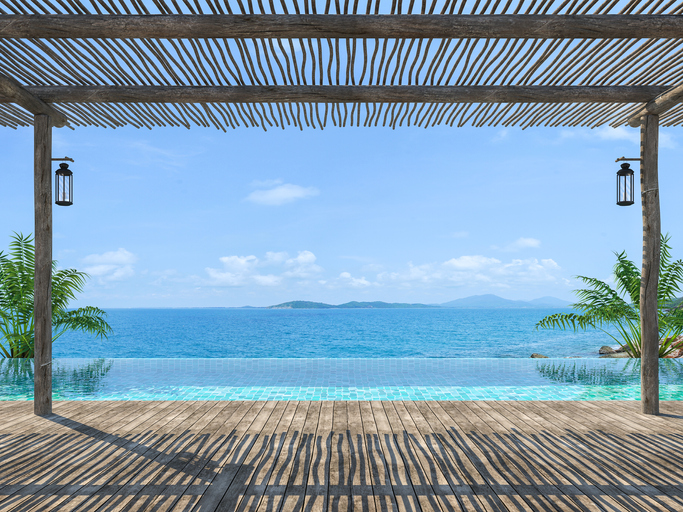 Splash! Hear that? That’s the sound of thousands of secondaries market professionals jumping into infinity pools around the world, hoping to take a break from the non-stop action of a market that hasn’t slowed since January.

Only kidding. From all accounts, no one is slowing down and market participants we’ve spoken to who are lucky enough to be taking some sort of summer holiday are still working to get deals done from the beach, while their families and pets run around in the background.

For anyone lucky enough to be reading this from a relaxing holiday destination, here are five things to know about how the market fared in the first half of this year for when you return.

There were $3.6 billion of preferred equity transactions in the first half, a 12 percent drop on the record $4.1 billion observed in the first half of last year, according to Evercore. The proportion of buyers that offered preferred equity options also dropped year-on-year, to 26 percent from 43 percent. As fewer sponsors need capital to fortify covid-19-stricken portfolio companies or take advantage of add-on opportunities, last year’s record level is unlikely to be beaten anytime soon, senior managing director Nigel Dawn tells Secondaries Investor.

LPs want to hang onto good assets too

By transaction volume, 67 percent of LPs involved in asset sales sold their exposure during the first half, compared with 73 percent for full-year 2020, according to Evercore. This could be due to fears about a liquidity crunch having subsided; in 2020, when there was the chance to take cash, more LPs thought it wise to do so, Dawn suggests. The high quality of the assets involved in today’s GP-led processes also makes reinvestment a more attractive option.

GP-leds transactions priced within 5 percent of par to net asset value or higher in 94 percent of deals, according to upcoming data from Campbell Lutyens shared with Secondaries Investor. Only 32 percent of LP-led deals priced the same. That strong pricing, up from 78 percent of deals pricing within a 5 percent discount or less in 2020, appears due to the strength of the GPs and underlying assets. Further, there was a roughly 50 percent increase in GP-led deals that priced at par or better in H1 2021 versus full year 2020. As pricing of GP-leds remains strong, more GPs will be encouraged to do them, as they will be perceived as a viable way to exit, Gerald Cooper, Campbell Lutyens’ head of secondaries North America, tells Secondaries Investor.

There is $231 billion of near-term available capital in the secondaries market, compared with $188 billion at the end of last year, according to Jefferies. At the same time, transaction volumes in the trailing 12 months were up $30 billion compared with the period before, leading to a reduction in the capital overhang from 3.1x to 2.6x.

“Second-half volume is anticipated to eclipse the first half once again as demand remains high for diversified LP portfolios and quality GP-led opportunities,” the bank noted. “We believe the capital overhang multiple will continue to decrease in H2 given robust secondary activity.”

Sellers pulling out of a deal was the main reason transactions fell apart in the first half of the year, according to data from Setter Capital. Interestingly, the second-most common reason was GPs denying consent to transfers or publicly traded partnership (PTP) reasons, which accounted for 8 percent of deals being called off – a figure that is up from almost 0 percent of deals that fell through the same period last year.