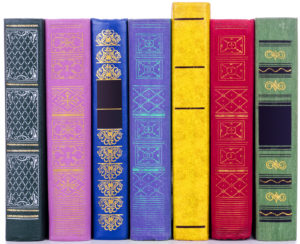 Dismiss any thought of ‘top 10 light beach reads’ – this is purely investment-focused.

Ailman tells us he’s reading one of his ‘2017 Trending Topics’ titles – Richard Thaler’s Misbehaving: The Making of Behavioral Economics, described by The New York Times as a “sly and somewhat subversive” book that is “part memoir, part attack on a breed of economist who dominated the academy”.

The list – and Ailman’s own choice – made us wonder about what the rest of the private equity investor community is dipping into. Are they indulging in a spot of light reading? Or are they using the summer to mug up on investment trends?

We asked LPs across the world which books they had decided to pick up this summer. You won’t be surprised to discover there are no romance novels on the list, nor are thrillers top of the agenda. (That’s their story and they’re sticking to it…)

Investors, it seems, are lapping up global affairs and political history. For example, Doug Coulter, who heads the Asia-Pacific private equity team at LGT Capital Partners – which is investing its flagship $2.5 billion fourth secondaries fund – is reading New York Times columnist Thomas Friedman’s Thank You For Being Late, which, in Coulter’s words, “tries to make sense of the ever increasing pace of change that is the reality we all live in”.

Mark Redman, global head of private equity at Ontario Municipal Employees Retirement System, is perusing Tim Shipman’s All Out War: The Full Story of How Brexit Sank Britain’s Political Class, an analysis of the referendum that led to the UK opting to leave the EU. Meanwhile Kim Lew, vice-president and chief investment officer at the Carnegie Corporation of New York foundation, has been reading Mohsin Hamid’s Exit West: A Novel, which addresses the ways in which refugee status strains personal relationships.

Perhaps looking for advice on how to navigate the challenging terrain of today’s political environment, John Bradley, senior investment officer for strategic investment and private equity at the State Board of Administration of Florida (where secondaries has been the second-best performing private equity strategy since inception), has chosen Endurance: Shackleton’s Incredible Voyage by Alfred Lansing.

“Shackleton’s leadership through adversity serves as a great example for anyone managing a team,” Bradley says.

Also on the more historical side, Queensland Investment Corporation’s Marcus Simpson, head of global private capital, is enjoying Peter Frankopan’s The Silk Roads: A New History of the World, which he describes as “a rare book that changed my perception of world history and why some events unfolded the way they did”.

Some investors are picking up philosophy – Norihiro Takahashi, president of the Government Pension Investment Fund of Japan, is reading Joshua Greene’s Moral Tribes: Emotion and the Gap Between Us and Them – or classics – Richard Clarke-Jervoise, head of the private capital investment team at family office manager Stonehage Fleming, has chosen Ray Bradbury’s Fahrenheit 451.

And we were intrigued by Adams Street Partners’ Yar-Ping Soo’s choice: Joshua Becker’s The More of Less: Finding the Life You Want Under Everything You Own.

“I have been reading more on minimalism and minimalist lifestyles, not just on material goods but leaving space for what is really important in our lives,” she says.

Advice we should no doubt all heed. Happy reading.

What is on your reading list this summer? Let us know: isobel.m@peimedia.com