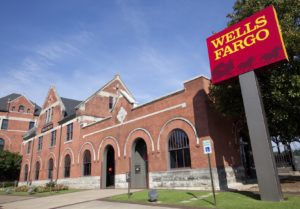 Wells Fargo is coming to market with a large portfolio of private equity fund stakes, according to two sources familiar with the matter.

The transaction is between $1 billion and $1.5 billion, according to one source, who added that there is no intermediary in the deal. “Big banks usually do it themselves,” he told Secondaries Investor. Wells Fargo is headquartered in San Francisco.

The other source noted that the portfolio is quite diversified.

Banks and other financial institutions have become less frequent sellers in the secondaries market this year. This is in part because the Federal Reserve granted another two-year extension to comply with the Volcker Rule, which came into effect in 2014 as part of the Dodd-Frank Act and which prohibits banks from investing in private equity with their own money.

As Secondaries Investor reported in July, some banks are following suit of other large institutional investors and using the secondaries market as a portfolio management tool.

Others financial institutions like Goldman Sachs have chosen for now to let their investments in private equity, real estate and credit funds run through the end of their life.