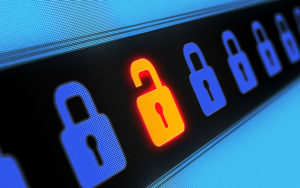 Warburg Pincus, one of the world’s biggest private equity firms, is exploring a single-asset restructuring that could be one the largest deals of its kind, Secondaries Investor has learned.

The proposed deal involves portfolio company Allied Universal being lifted out of the buyout giant’s 2012-vintage Warburg Pincus Fund XI and placed into a separate vehicle backed by secondaries capital, according to three sources familiar with the matter.

The options that will be given to limited partners is unclear.

Lazard is understood to be advising on the process.

Conshohocken, Pennsylvania-headquartered Allied Universal is a security personnel and systems provider that employs around 200,000 people. In February, Canada’s Caisse de dépôt et placement du Québec acquired a stake in the company valuing it at $7 billion, according to a statement at the time.

Warburg Pincus owns around one-third of Allied Universal, according to a statement announcing the July acquisition of smaller rival US Security Associates.

This is not the first time Warburg Pincus has looked to tap the secondaries market for one of its funds. In 2017, the firm worked with Lazard on a $1.2 billion strip sale on Fund XI in which a slice of assets were moved into a separate vehicle, backed by Lexington Partners and Goldman Sachs Asset Management.

Single-asset restructurings can often be used at the end of a fund’s life when a GP wants to continue to manage an asset. Fund XI acquired Universal Services of America, which merged with AlliedBarton Security Services in 2016 to become Allied Universal.

Single-asset restructurings jumped in popularity last year, accounting for around 9 percent of all complex secondaries deals by volume, according to a survey by Evercore.

Landmark Partners and Goldman Sachs were among the backers of a single-asset restructuring on the 2007-vintage €2.2 billion TDR Capital II, in which the last remaining asset was UK pub chain Stonegate Pubs.

Fundraising 10 hours ago
Added to your Saved Articles
Loading
Unsave Article
Please confirm you would like to remove this article from your saved articles.
Share with other subscribers
Only logged in subscribers of this site will be able to access the shared article.