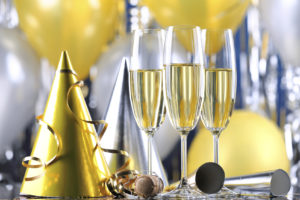 Fund III closed on its $750 million hard cap in July 2013 and received commitments from the Florida State Board of Administration, the New Mexico Educational Retirement Board and the Andrew W Mellon Foundation, according to PEI’s research and Analytics division.

The fund has invested between $20 million and $50 million in nine separate transactions. Six of the investments were made between June 2012 and the fund’s final close in 2013. The fund has also liquidated a few investments, including party supplies company Oriental Trading which was sold to Berkshire Hathaway at the end of 2012.

“We’re being disciplined in today’s environment and we have a robust pipeline,” said Killilea. “We’re being selective, but opportunistic.”

Killilea added that Fund III’s investment pace is the same as W Capital’s prior fund, which closed on $705 million, surpassing its $500 million target in 2007.

W Capital focuses on direct secondaries investments in growth equity and buyout stages. The firm has completed more than 80 transactions, most of which are based in the US. Current investments include outdoor recreation apparel and gear company Moosejaw, technology company Brainshark and plat distributor Color Spot Nurseries, according to W Capital’s website.