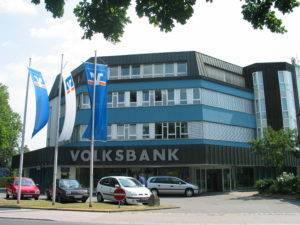 Österreichische Volksbanken-AG has sold a €110 million private equity portfolio, according to a statement from the Austrian bank.

The portfolio included private equity fund investments and direct investments in German speaking and Eastern European countries. The portfolio was sold in several tranches, the first occurring at the end of 2013.

“We are very pleased with the progress of the restructuring process. It is run by a group of specialists in a highly professional and determined way and we are working efficiently to meet the requirements of the European Commission. Therefore, we are currently well ahead of the original plans”, VBAG chief executive officer Stephan Koren said in the statement.

Last week Volksbank sold its stake in Nova Polonia Natexis II to Alpha Secondary III, according to a UK regulatory filing. Nova Polonia II is managed by Warsaw-based Krokus Private Equity. The fund closed on its €100 million hard cap in June 2007, according to a statement from Krokus.

Other limited partners in the fund include the European Bank for Reconstruction and Development, Amanda Capital. Suomi Mutual Life Assurance Company was also an LP in the fund, until it sold its stake in December 2010, according to a UK regulatory filing.

Nova Polonia II made investments of between €3 million and €10 million in buyout and expansion opportunities in the Polish mid-market, according to the Krokus statement. Investments include majority stakes in Latvia-based thermo insulation manufacturer Izoterm and European conveyer system company Transsystem. Krokus was unavailable to comment by press time but according to PEI’s Research and Analytics division the fund is still investing.

Volksbank declined to comment on whether the Krokus sale was part of the larger portfolio transaction.