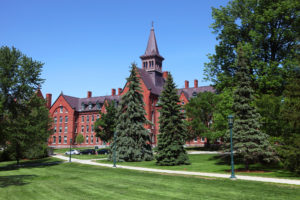 The University of Vermont and State Agricultural College has re-upped in Asia Alternative Management’s fifth fund of funds with half what it committed to the previous vehicle.

The university committed $5 million to Asia Alternatives Capital Partners V, according to minutes from its investment committee’s March meeting. It is slightly underweight in its emerging market and private equity allocations, the documents show.

Fund V is targeting $1.3 billion, according to PEI data.

Its predecessor, the $1.8 billion Asia Alternatives Capital Partners IV, delivered a net internal rate of return of 10 percent and a return multiple of 1.1x as of 31 September 2016, Secondaries Investor reported in June.

San Francisco-headquartered Asia Alternatives Management’s fifth fund of funds is targeting $1.3 billion, according to PEI data. It will invest in Greater China, Japan, South Korea, India, South-East Asia and Australia, either through the firm’s existing manager base or through new managers that show potential.

The firm will invest in around 20 fund managers for Fund V, 60 percent of which will be from its core manager group, with first-timers accounting for 20 percent, according to documents from the Minnesota State Board of Investment, which committed $100 million to the vehicle.

Up to 30 percent can go on secondaries or direct co-investments, with as much as 85 percent mandated for primaries.

The firm’s management fee is 1 percent of commitments, which will be reduced to 0.5 percent after the closing of a subsequent fund as well as the expiration of the commitment period, according to the Minnesota documents.