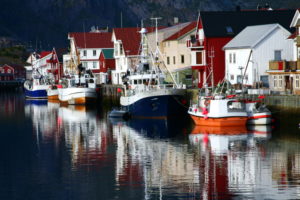 Verdane Capital has closed its latest direct secondaries fund on SEK 2 billion (€220 million; $300 million), according to a statement.

The firm didn’t work with a placement agent, but spoke to a select number of limited partners instead, she said. Many existing investors re-upped in the fund and the firm also attracted a number of new LPs, she added.

Among the investors were Swedish pension fund AP3, the European Investment Fund, French insurance company CNP, and Finnish Industry Investment. The firm put in a general partner commitment of 2.5 percent, she added. “We think it’s very important to be aligned with our LPs and most of the team contributed to that.”

The fund is Verdane’s largest vehicle to date. The fund will invest in Nordic companies with international growth potential active in information technology, energy and advanced industry. Verdane VIII has already invested in 16 companies through three different portfolios in Sweden and Norway, and is approximately 20 percent invested.

“The fund offers liquidity to sellers in a time-efficient way, and has the flexibility to buy a complete portfolio, parts of a portfolio or just a single shareholding,” Bjarne Lie, a managing partner at Verdane, said in the statement.

Verdane VIII is 30 percent larger than the firm’s prior vehicle. Verdane VII, a SEK 1.5 billion fund from 2009, is now fully invested.