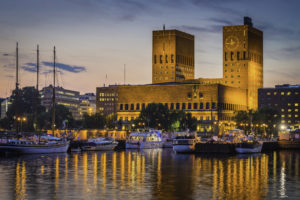 Verdane Capital Partners has hit the hard-cap on its 10th flagship fund, doubling its previous raise.

The Oslo-headquartered direct secondaries specialist has collected SKr6 billion ($663.3 million; €578.2 million) for Verdane Capital X, according to a statement seen by Secondaries Investor. The fund took four months to raise and closed in late January.

The target of the fund was SKr5 billion.

Similar to other funds in the series, Fund X will acquire majority or minority positions in single companies or portfolios of companies in northern Europe. It typically targets businesses with SKr50 million to SKr500 million in revenue.

The fund is targeting a gross multiple of 3x and a gross internal rate of return of 25 percent, roughly in line with its predecessors.

“In general we strive for some secondaries component in terms of early liquidity, but an overall fund life return profile more similar to that of a primary fund,” Lie said. “We benefit from some of the secondaries market drivers, but we succeed or fail with our companies rather than our transactions.”

The 2016-vintage Verdane Capital IX closed on its target of SKr3 billion in 2016 after around five months in market, according to Secondaries Investor data. Investors include Swedish public pension fund AP Fonden 3.

Investments made by that fund include the acquisition of a portfolio of stakes from Germany’s Bauer Media Group which included designer plus-size clothing retailer navabi and online tech education provider CareerFoundry, as Secondaries Investor.

The largest direct secondaries fund in market is the 2018-vintage W Capital Partners IV, which is targeting $750 million, according to Secondaries Investor data.

Intermediary NYPPEX Private Markets estimated that $29.3 billion worth of stakes in private companies traded in 2018, up from $23.8 billion in 2017.