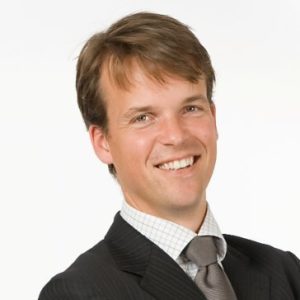 Verdane Capital has held a final close on SKr3 billion ($355 million; €320 million) on its ninth Northern European-focused direct secondaries fund. Having launched the campaign in February of this year, Verdane raced to the fund’s hard-cap in four months and, according to managing partner Bjarne Lie, could have raised double the amount of capital it closed on. The new fund is twice the size of its predecessor, which closed in 2013. Thirty limited partners invested in the new vehicle, including its largest investor AP3 as well as Formuesforvaltning, EQ, Realdania and Finnish Industry Investments. The LP base comprises private and public pension funds, university endowments, private foundations, insurance companies, family offices and high net worth individuals from the Nordic region, continental Europe, the UK and the US. Two thirds of the investors are returning LPs. Fund IX will continue the firm’s investment strategy of backing small to medium-sized businesses in software, consumer internet, energy and technology sectors. The investment period is three and a half years.Lie said the quick fundraise had benefited from Verdane’s decision in the third quarter of 2014 to liquidate the bulk of its investment portfolio to take advantage of market conditions that were advantageous to sellers. As a result, the firm was able to return 75 percent of the portfolio’s fair value to investors within 18 months. Overall, the firm’s 13-year old direct secondaries programme is cashflow positive and currently showing a distributions-paid-in multiple of 1.2x, said Lie. The firm has returned over $1 billion in cash, representing a 3x multiple on capital invested. Verdane has completed 28 portfolio transactions, which has resulted in the firm having had ownership of more than 300 individual companies.  According to a statement, revenues and EBITDA of Verdane “core” companies have increased by 82 percent and 325 percent, respectively, from investment to exit.Lie said the firm’s aim was to keep the investment pace steady and remain disciplined on pricing. Commenting on the current fundraising environment, Lie said: “It is concerning to see the current [high] volumes of capital seeking GPs.  It doesn’t bode well for 2016-vintage IRRs.” Verdane Capital IX is domiciled in Sweden. It has a 2-and-20 management fee and carried interest structure, with a hurdle rate of 8 percent. The general partner was advised on the fundraise by Rede Partners, the London-based placement agent, and Andulf Advokat, a law firm in Stockholm specialising in private equity. Verdane has 22 employees working out of offices in Oslo, Stockholm, and Helsinki. It currently manages approximately €900 million across four active funds.