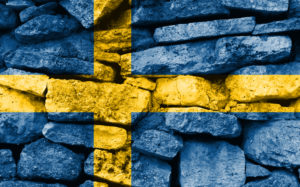 Verdane Capital, a Swedish direct secondaries specialist, along with 16 other shareholders, has sold its stake in sensor technology developer Exensor, the firm said in a statement.

The buyer is Bertin Technologies, a subsidiary of Euronext Paris-listed engineering company CNIM Group. Due to regulations around the publicly listed buyer, Verdane was unable to disclose financial information.

The transaction closed on 31 July, with EY acting as lead financial advisor to the selling shareholders and Vigne providing legal advice.

Verdane Capital first acquired the company in 2013 through its SKr1.5 billion ($184.9 million; €156.7 million) Fund VII, when it picked up 100 percent of the remaining assets in 2000-vintage Nordic Venture Partners I, a venture capital fund managed by Denmark-headquartered Nordic Venture Partners that focused on regional ICT companies. This was the ninth deal done by Verdane VII.

There were three other assets in that fund: Helsinki-based life sciences technology company CRFHealth, which it exited in 2014; Danish media technology firm Saxotech, which merged with three other companies to create Newscycle, still part-owned by Verdane; and video streaming specialist Octoshape, which was exited in 2015.

At the same time, the firm took over management control of Nordic Venture Partners II, the 2004-vintage, €115 million follow-up venture capital fund. According to Norwegian public records, Verdane holds a 24 percent stake in the fund.

Verdane’s latest flagship fund is Verdane IX. It is one year into its investment period and around one-third deployed, Secondaries Investor understands.