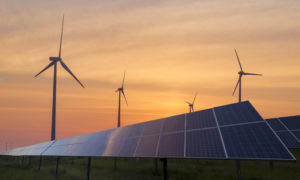 Scanacon Intressenter, which was acquired in 2012 by the 2010-vintage, SKr1.52bn ($172.5 million; €147.6 million) Verdane Capital VII, was bought by its own management team and Fund II from Alder, a buyout firm focused on Nordic energy and cleantech investments, the firms said in a joint statement.

Scanacon provides acid management systems used in the production of alloys such as stainless steel. The company has an annual turnover of approximately Skr150 million and employs 40 full-time staff.

Verdane became the owner in 2012 when it took listed investment company Capilon and its three subsidiaries private, according to a statement at the time.

The 2018-vintage Alder II is in market seeking SKr1.5 billion, according to PEI data. The fund has raised SKr1 billion so far from investors such as AP7 and LGT Capital Partners.

Verdane Capital is investing its ninth fund, which hit final close on SKr3 billion in July 2016 after five months in the market, according to PEI data. Investors in the fund include AP Fonden 3 and Norwegian asset manager Argentum. Like all of Verdane’s funds, it invests in entire investment portfolios, parts of portfolios and individual assets.

In March Verdane reached the hard-cap on its debut buyout fund, the SKr3 billion Verdane Edda fund, which will seek controlling or co-controlling stakes through equity tickets of up to €50 million.

“What we have felt was really a hole in the market starting from where we stop investing with the Verdane Capital series and ending where international technology-focused houses get out of bed and start investing ticket size-wise,” managing partner Bjarne Lie told sister publication Private Equity International at the time.