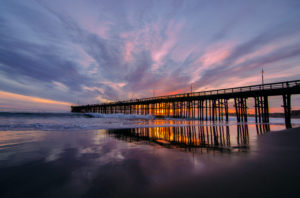 HarbourVest’s secondaries fund has a $3.6 billion target and $4.25 billion hard-cap. The fund, launched in 2015, closed on an undisclosed amount in December.  It intends to invest through buyout, growth equity and venture capital funds in the US, Europe and the Asia Pacific. Dover IX is expected to make approximately 25 to 40 investments between $75 million and $150 million, with no one investment exceeding 20 percent of committed capital.

Dover IX has an annual management fee of 0.75 percent on committed capital for the life of the fund, a preferred return of 8 percent compounded annually and carried interest of 12.5 percent, according to a letter of recommendation from consulting firm NEPC to VCERA.

In 2013, VCERA approved a $75 million allocation to HarbourVest’s Dover Fund VIII, the fund was oversubscribed and VCERA cut back their allocation to $67.5 million.

Adams Street 2016 Global Fund, a fund of funds launched in December, is expected to raise $800 million, according to a source familiar with the matter. In March, North Dakota State Investment Board committed $30 million to the fund. The fund is part of the firm’s Global Fund program, which helps LPs make primaries and secondaries investments in pre-determined percentages in underlying US, Europe and Asia funds, under strategies that include buyouts, venture capital and growth equity.

For direct venture and growth funds, the annual management fee is 2 percent and the carried interest is 20 percent. The fund has no preferred return on primary investments, although it does include a 7 percent return on secondaries and co-investments, according to the recommendation letter.
In 2013, the pension plan allocated $75 million to Adams Street 2013 Global Fund.

At the same meeting, the pension committed $15 million to Drive Capital Fund II, which is a venture capital fund that has a target of $250 million with a $350 million hard-cap.

VCERA was founded in 1947 and has $4.37 billion assets under management. In December 2015, the pension fund doubled its target allocation for private equity from 5 percent to 10 percent.