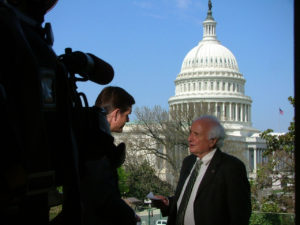 Two Democrats on the House Ways and Means Committee – the main tax-writing body in the US House of Representatives – this week introduced a bill that would tax carried interest at ordinary income tax rates. If passed into law, it would mean fund managers’ carry could be taxed at as high as 39.6 percent, instead of the lower 20 percent capital gains rate currently applied.

Senator Tammy Baldwin (D-WI) and Sander Levin (D-MI) introduced the Carried Interest Fairness Act of 2015 (HR 2889), which they said aims to end a “tax loophole”, according to a statement by the House Ways and Means Committee.

“At a time when income and wealth inequality in this country continues to grow at a staggering rate, we should not be allowing individuals to be taxed at a lower rate on managing other people’s money than ordinary hardworking Americans,” said Levin in a release on the committee’s website. “There’s no reason that these fund managers shouldn’t be paying their fair share of taxes on their income just like everyone else.”

The House of Representatives has previously passed at least four pieces of legislation aimed at increasing the tax rate on carried interest – often with Levin leading the charge – but none have managed to pass the Senate and become law. Carry taxation has also attracted attention from activist filmmakers in the past and even been a talking point in presidential elections, as it looks to be again, given Hillary Clinton’s speaking out on the issue recently.

“Private equity is responsible for pumping over $500 billion into the US economy last year alone and strengthening thousands of companies across all 50 states and all 435 congressional districts,” Steve Judge, president and CEO, said in a statement. “Raising taxes on carried interest would undermine the entrepreneurial risk taking required to start, save and grow businesses in all sectors of the economy.”