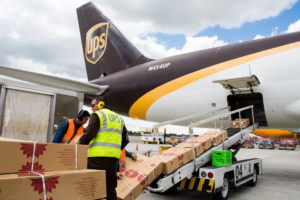 UPS Group Trust has not traditionally been shy in buying or selling on the secondaries market, according to the man in charge of its private equity allocation.

The pension plan of the world’s biggest delivery business, which has a $3 billion private equity portfolio, has not been attracted to the secondaries market in recent times, according to portfolio manager Brady Hyde.

“We’ve sold a couple of positions, we’ve evaluated a lot of different portfolios, but we felt that the benefit to us from a seller’s perspective hasn’t really been there,” Hyde said. “We’ve done a transaction or two on the sale side.”

The last time the pension sold any positions was in 2015, according to Hyde. Since then the team has seen more benefit in holding well-performing investments rather than selling at a discount.

On the buyside, competition has heightened – exacerbated by traditional secondaries buyers increasingly using leverage – which has been driving up pricing.

Until 2012 UPS’s roughly three-decade old private equity programme was staff-constrained and focused mainly on committing to funds of funds, secondaries funds and large buyout funds. As part of a larger post-global financial crisis transformation across the entire portfolio, the UPS private equity portfolio has followed a route familiar to many private pension plans, shifting from a passive approach to more active management.

It now counts three separate accounts in its private equity portfolio and has also made a number of co-investments and one direct lead investment.

“We still view secondaries as strategic in our portfolio in terms of mitigating the J-curve and getting some unique exposure in the portfolio,” he said.