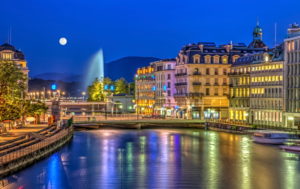 Unigestion has raised more than half the target for its latest dedicated secondaries fund focusing on the smaller and less competitive end of the market.

The Geneva-headquartered fund of funds has collected at least €177 million for Unigestion Secondary Opportunity Fund IV (USO IV), according to a statement. USO IV launched in the first quarter with a €300 million target, as Secondaries Investor reported in mid-August.

“We expect dealflow to remain robust for the foreseeable future, especially as the large number of funds which were raised from 2006 to 2008 are now approaching the end of their lives and require liquidity solutions for the existing limited partners,” de Dardel said.

The fund focuses on small and mid-market funds, fund restructurings, secondaries direct portfolios and structured transactions, and is targeting a net return of 1.6x cost and a 20 percent internal rate of return.

USO IV’s target is higher than its predecessor, the €180 million Unigestion Secondary Opportunity Fund III, because the firm now executes most of its deals from one main fund rather than through separately managed accounts, Unigestion’s head of investment management Paul Newsome told Secondaries Investor in mid-August.

Unigestion was founded in 1971 and manages around $20 billion in client assets across equity, multi asset investing, private equity and alternatives.