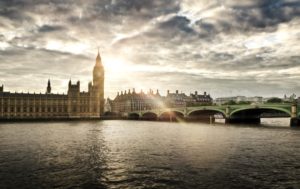 The UK government has published draft legislation that outlines when carried interest will be taxed as income or capital gains as determined by the length of the underlying investment.

Investments held for an average of four years or more will not be subject to income tax treatment, alleviating previous uncertainty regarding the length of investment that would determine how carried interest is to be taxed.

The proposed new rules will “ensure that a carried interest structure only attracts CGT [capital gains tax] treatment in relation to funds which carry on long-term investment activity,” a policy document said.

The new rules, which will apply to carried interest paid after 6 April 2016, will not impact co-investments made in the fund by a manager, or an “arm’s length return” on the co-investment, the policy document stated.

It follows an industry consultation over the summer and a note in the government’s Autumn Statement that said it was planning to change the way asset manager performance awards are taxed.

“An award will be subject to income tax, unless the underlying fund undertakes long term investment activity,” the note said, but left unclear what it meant by long term, as reported by Private Equity International.