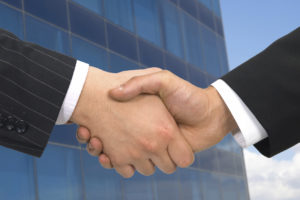 The UK government has launched a consultation on changes it is proposing to existing legislation that governs limited partnerships. It includes proposals on defining permitted activities, eliminating nominal capital contributions, and amendments to the way LPs are registered, as well as disclosure obligations.

The consultation was first announced by the Treasury in its Summer Budget released in early July.

Among its proposed changes to the Limited Partnership Act 1907, the consultation asks for responses to a ‘White List’ of activities an LP may undertake without being considered to be involved in the general management of the business and losing limited liability. The consultation document states these activities are unclear in the 1907 legislation.

Proposed ‘permitted activities’ listed in the legislative reform order would allow LPs to participate in decisions covering a range of situations including investments, changes to the partnership agreement or the nature of the business, disposal of the business and acquisitions, winding up the partnership and approving the valuation of its asset and accounts.

The consultation also address LP capital contributions and suggests removing the requirement for an LP to make a nominal contribution, and eliminates the liability placed on LPs should they withdraw their capital. Private funds registering a limited partnership will no longer have to supply information on capital contributions.

The proposed legislative changes will apply to collective investment schemes and written partnership agreements to “more effectively accommodate the use of limited partnerships for private equity and venture capital investments”, the Treasury said on its website.

For the purposes of implementing the changes, the draft legislation requires that limited partnerships register as a private fund vehicle. However, the requirement for a GP to advertise in the Gazette when it becomes an LP or when an LP reassigns its interest would no longer apply. LPs in a fund where the general partner has been removed would also be able to dissolve the partnership without obtaining a court order.

The consultation, which is seeking views from fund managers and other interested parties, opened on 23 July and closes on 5 October.

The changes are intended to “eliminate many of the uncertainties and inconveniences associated with existing UK limited partnership law” to ensure the UK remains the market standard for European private equity partnerships, according to the consultation document.

In addition to the 1907 legislation, LPs are also governed by the Partnership Act 1890, and rules of equity and common law.

Changing existing partnership legislation has been under review since 2003, when the Law Commission published its report, according to the consultation document. The report’s proposals were never implemented.

Amending current legislation was first raised by this government at its 2013 Budget. The consultation is part of its Investment Management Strategy launched at the same time, which is intended to improve the UK’s competitiveness.

On 8 July, the government launched a separate consultation on fund manager rewards, as previously reported by Private Equity International. That consultation closes on 30 September. It was also announced in the Budget, which also included an item that fund managers will be charged full capital gains tax on carried interest payments.