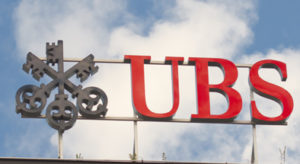 Secondaries transaction volume was $37.5 billion in 2014, according to a survey by UBS.

According to UBS the top 15 secondaries buyers accounted for an overwhelming majority, 86 percent, of total volume. A buyer had to have executed at least $500 million of secondaries activity to be considered amongst the top 15.

The top 15 buyers also paid the most for LP deals. The average price paid was $145 million, compared to just $54 million across all buyers.

The majority of LP deals consisted of funded commitments, with just 17 percent being unfunded.