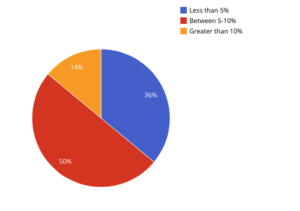 About two thirds of limited partners don’t have a formal process to review and respond to requests for end of life fund extensions, according to a survey conducted by the Credit Suisse Private Fund Group, Debevoise & Plimpton and financial consulting firm Conway MacKenzie.

Of the LPs surveyed, the majority believe more than 5 percent of their private equity portfolio will consist of tail-end funds in the next three years.

However, LPs’ attitudes toward solutions to tail-end fund situations vary. The majority of investors approve of the restructuring of economic terms and the sale of their interest in the fund.

“I was encouraged by LP sentiment around whether they would consider a restructuring of economic terms or an LP interest sale as it highlights an openness to developing solutions that address these potential issue,” said Mike Custar, a managing director in the Credit Suisse Private Fund Group.

Some LPs are less likely to approve or participate in new unfunded commitments to bridge funds, which have a shorter than normal investment period. They also have mixed feelings about the replacement of an existing GP.

Still, when it comes to deciding the appropriate course of action to resolve tail-end fund situations, LPs believe an agreement won’t be reached for at least half of the situations.

Significant issues noted by LPs include perceived GP misalignment of interest, difficulty in achieving consensus and a lack of enhanced understanding of LP rights and obligations under the limited partner agreement and applicable law.