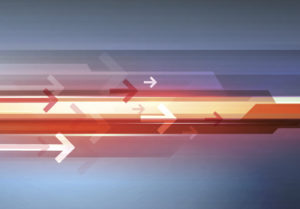 The €4.3 billion Apax Europe VI, which launched and closed in 2005, invests in mid-market European buyouts, according to PEI data from. It had achieved an internal rate of return of 12.85 percent as of the end September 2016, according to calculations by California State Teachers’ Retirement System.

The deals between Excelsior and Amberbrook, and MML and Committed Advisors, were repeated in Apax Europe VII. Ardian sold entire stakes in that fund from its ASF Comet and ASF V Brown vehicles to Strategic Partners.

Apax Europe VII launched in 2007 and closed in March 2008 on €11.2 billion, above its target of €10 billion. According to CalSTRS’ data, the fund has achieved IRR of 5.31 percent since inception.

Assets left in the fund include Psagot, Israel’s largest asset manager, and German fashion retailer Takko. Investors in Fund VII include CalSTRS, with a commitment of $526 million, and CPPIB, with C$500 million.

The sales are not to be part of a GP-led process, Secondaries Investor understands.

The 2016-vintage Strategic Partners VII has acquired a raft of tail-end stakes in 2017, including a $700 million portfolio from Ardian that included Carlyle, Lyceum Capital and Rutland Partners-managed funds.

Paris-based Committed Advisors held a final close on Secondary Fund III on €1.03 billion in April 2017, around a year after launch. It is focuses on the European and North American mid-market. In May it picked up a stake in 2007-vintage, €2.2 billion TDR Capital II from Crown Global Secondaries II subsidiary PortPEP.

Excelsior, Ardian and MML had not replied at the time of publication. Apax, Neuberger Berman and Blackstone did not wish to comment.