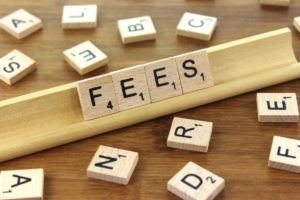 The Institutional Limited Partners Association added a further 23 limited partner and general partner endorsers of its reporting template in the third quarter.

There are now 140 total users: 90 LPs, 22 GPs and 28 service providers, according to a statement from ILPA.

Published in February 2016, the ILPA fee reporting template is designed to increase transparency around the fees and expenses private fund managers charge clients.

GP adoption has been slower than LP take up, but this should improve as LP demand drives GPs to use the template, said Emily Mendell, ILPA’s managing director of communications.

“As more LPs endorse and require the completion of the template from their GPs, the more this number will rise,” she said.

“There has been an uptick in adoption of the reporting template by GPs. Based on queries to our members who have endorsed the template, we estimate that at least 200 GPs are completing the template when asked by their LPs.”

This year the Pension Consulting Alliance said adoption rates for the template had been “disappointing,” and that ILPA was working to improve this by partnering with service providers to automate the solution.

“We are working with third-party providers on solutions which will automate template reporting. That is going well, as more third parties are providing these solutions,” said Mendell.

SS&C Advent, a software unit of the fund administrator, announced its partnership with ILPA in the third quarter, offering an automated version of the template to users of its Geneva World Investor platform.

Fund administrators Gen II and Citco have already launched template-friendly platforms designed to simplify the transfer of the data between LPs and GPs. According to ILPA, firms including PEF Services and Colmore are also working on platforms, as pfm reported in June.