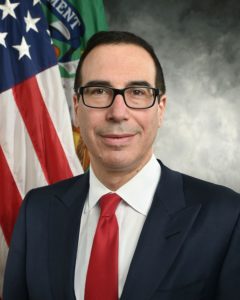 Treasury Secretary Steven Mnuchin has sold his stakes in Dune Real Estate Partners, the offshoot of a hedge fund he founded, according to documents filed with the US Office of Government Ethics, reported by sister publication Private Equity Real Estate.

Mnuchin reported $271,737 in income from his stake in DREP and $1.2 million in income from his interest in DREP II in a January filing with the OGE. The Treasury Secretary, who was confirmed in February, could not be reached for comment.

In June, Mnuchin said he had completed the necessary divestitures to comply with federal conflict of interest rules, according to an OGE filing.