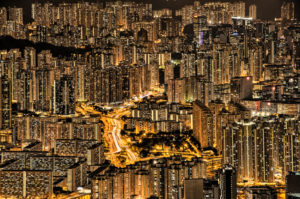 TR Capital, the Hong Kong-based secondaries firm, is in market with its third fund targeting direct secondaries and fund deals in Asia, according to a source familiar with the matter.

The firm began fundraising for TR Capital III in June and is targeting $250 million. The fund will follow a similar investment strategy to the firm’s previous funds and focus on mid-market secondaries deals between $10 million and $50 million in China, India and South-East Asia, according to the source. The firm aims to target around one dozen deals from the fund.

The source said the investor base for Fund III included limited partners in Asia, the Middle East and Europe, but declined to say how much the fund has raised so far. It was not clear if there is a hard-cap for the fund.

The target of Fund III is higher than the firm’s previous funds, the source said.

In 2012, the firm launched its second fund, TR Capital II, investing in mainly China, South-East Asia and India. The firm planned to deploy around 60 percent of capital from that fund in private equity funds with the remaining going to direct investments, according to PEI’s Research and Analytics division.

Including TR Capital III, there are currently five dedicated secondaries funds in market focusing on investments in Asia-Pacific, targeting a total of around $810 million, according to PEI data. Japan’s Ant Capital Partners is in market with three secondaries funds targeting JPY 60 billion ($480.5 million; €441.1 million), and WM Partners, another Japanese private equity firm, is targeting JPY 10 billion for WM Partners Fund I.

TR Capital’s fundraising comes amid heightened interest in Asian secondaries. In June, a survey by Coller Capital suggested Asia-Pacific limited partners would become the most active players in the secondaries market in the next two years.

Established in 2007, TR Capital has executed 25 transactions and concentrates on long term investments across industries including consumer, healthcare and technology, media and telecommunications. The firm’s investors include family offices, banks and investment holdings, according to its website.