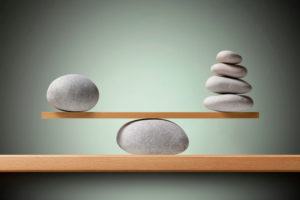 The market’s inherent pro-cyclicality and high pricing and valuations are among the reasons to go “moderate underweight” on secondaries in 2018, according to private equity advisory firm TorreyCove Capital Partners.

In the firm’s 2018 outlook report, where it assigns weightings to each alternatives asset class based on forecasts for the next 12-18 months, the firm states the growing maturity of the market is limiting the power of secondaries as an opportunistic play.

The buyside has seen large amounts of dry powder, more and larger buyers, greater use of leverage and more efficient pricing. This has been matched by increased sellside sophistication, brought about by better intermediation and more robust flows of information. Prices are high, sellers in control and the inefficiencies in the market are reduced, which in TorreyCove’s view is a good reason to pull back.

“The vast majority of deals are pursued by choice, not necessity, as neither performance nor liquidity-related pressures are weighing on limited partners’ portfolios in the current environment,” the firm noted. “Most transactions will be related to more mundane portfolio rebalancing considerations, as they have been for much of the post-crisis period. We expect these dynamics to persist over the next year or two, unless an economic downturn comes into play.”

The firm sees secondaries mainly as a way for investors to gain low-risk exposure to a diversified asset class that mirrors the overall performance of private equity.

“Investors can afford to get some visibility on the cycle’s turn before deploying to secondary managers without sacrificing too much exposure to the upside that can come from having secondary investments when the post-boom repricing of assets occurs,” it noted.

The other asset classes tagged “moderate underweight” were mezzanine and venture capital.