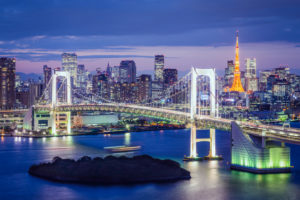 Tokio Marine & Nichido Fire Insurance, one of Japan’s largest property and casualty insurers, has sold its stake in a Hutton Collins Partners fund back to the manager of the fund as the private equity firm restructures its third fund.

Tokio Marine sold its stake in Hutton Collins Capital Partners III, a 2009-vintage €600 million vehicle, to Hutton Collins Investments at “fairly close to market price,” a source told Secondaries Investor. Tokio Marine agreed to sell its stake because it thought it might take longer than the typical 10 to 12 years for Fund III to maximise returns, and the price offered by Hutton Collins was “robust” given the quality of the assets in the fund at the time, the source said.

Hutton Collins hasn’t increased the total amount it holds in Fund III as the purchase was balanced out by selling other stakes in the fund, a source at a London-based placement and advisory firm said.

The deal was completed on 22 June, according to a UK regulatory filing.

A spokesperson for Tokio Marine in Tokyo declined to comment on the deal. Hutton Collins wasn’t immediately able to comment.