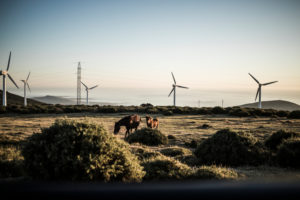 The firm bought interests in Pacific Road Resources Fund and Aloe Environment Fund II from Singapore’s Republic Technologies and its affiliates, according to a statement. The transaction also included direct stakes in a Singaporean healthcare company and an Australian energy technology provider.

The stakes in the two funds make up the majority of TIH’s limited partnership holdings and the firm plans to make opportunistic purchases in the future, TIH chief executive Allen Wang, told Secondaries Investor.

Pacific Road Resources Fund, which is managed by Sydney-based Pacific Road Capital Management, provides expansion and buyout capital for mining projects, mining-related infrastructure and mining services businesses. The fund is a $320 million vehicle from 2007, according to PEI Research and Analytics.

Aloe Environment Fund II makes investments in clean and renewable energy, waste recycling and emission controls. The 2007-vintage fund, managed by UK-headquartered Aloe Private Equity, closed above its €100 million target on €113.8 million and has a focus on China and India, according to PEI data.

TIH bought the stakes using cash, financing and issuing shares in TIHT Investment Holdings II, a joint venture company that it owns 55 percent of. Republic will own the remaining 45 percent of TIHT II after the deal closes, Wang said.

Republic, formerly known as Dinervest Investments, was founded in 1993 and is a former subsidiary of Singapore Technologies.

TIH invests in healthcare, consumer and industrial products, technology, media and telecommunications, and food manufacturing. It had group net asset value of S$109 million as of 31 March, according to its first quarter earnings statement.