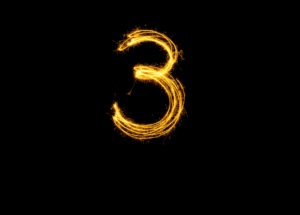 It’s becoming a familiar tale. Another round of fundraising figures, another record smashed.

An increasing level of dry powder is keeping prices high and competition fierce – average pricing for deals advisory firm and placement agent Campbell Lutyens worked on that closed in the 12 months to June was around 94 percent of net asset value. Even amid high prices, however, most buyers are targeting returns of more than 15 percent, and so are becoming more creative in the type of deal they do.

Or as Pomona Capital’s chief executive Michael Granoff told us in May: “Nowadays, people do all kinds of things under the umbrella of being a secondaries fund.”

These three transactions stand out from the crowd:

In March secondaries powerhouse Ardian announced the largest-ever stapled deal. Ardian invested $1.75 billion to acquire a portfolio of 14 LP stakes and 14 direct investments, and committed $750 million to a $1.5 billion blind-pool vehicle Mubadala will use to invest in directs, co-investments and fund commitments. Provoking a mix of envy and caution among Ardian’s peers, the deal was a watershed moment as it moved the Abu Dhabi sovereign wealth fund into third-party capital management.

In April the private equity and real estate secondaries firm used capital from its latest private equity vehicle to finance the management of Clearlake Capital to buy out a minority stakeholder in their management company. While Secondaries Investor understands it wasn’t the first time Landmark had been involved in GP interest stakes, the deal shows that an increasing number of secondaries players are branching out into preferred equity – an area the likes of Canada Pension Plan Investment Board and direct secondaries pioneer Vision Capital are also interested in.

Trades of stakes in debt funds jumped by more than 70 percent year-on-year to account for 6 percent of 2016 deal volume, according to Setter Capital. It’s a small segment of the market and less competitive than other strategies. Landmark clearly sees benefit in this, buying €638 million worth of stakes in a 2010-vintage European mezzanine fund. Could the door be opening to direct lending secondaries in the next few years? We’ll keep you posted.

Finally, while it is not a deal, Aberdeen Asset Management’s shift of focus to early secondaries also caught our eye. Aberdeen, which will become part of the UK’s biggest asset manager after it is acquired by Standard Life, has been replacing secondaries with “seasoned primaries” – vehicles that have already held a first close and by final close already hold several portfolio companies. John Dickie, co-head of US private equity at Aberdeen, said at the firm’s annual roundtable lunch in New York in June he thinks of seasoned primaries “as a replacement for secondaries in an environment where secondaries pricing is not attractive”. This, Dickie noted, reflects the current market, and could well reverse if there’s a market correction.

One thing’s for certain: H1’s capital must be invested one way or another but, as these deals prove, it may not be in the ways industry insiders might be used to. Investors and peers will be watching with interest to see if it’s enough to deliver the returns LPs are expecting.

Have any deals made you sit up and take notice? Let us know: isobel.m@peimedia.com