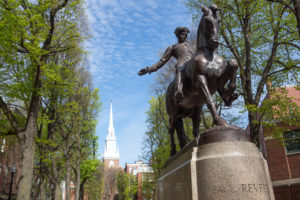 Thomas H Lee Partners, one of private equity’s oldest firms, is exploring options to run a GP-led process on its biggest-ever fund, Secondaries Investor has learned.

The Boston-headquartered private equity firm has had preliminary discussions with the limited partner advisory committee in its 2006-vintage $8.1 billion Thomas H Lee Equity Partners VI on a potential secondaries process, according to three sources familiar with the matter.

The process is in the early stages and limited partners outside the LPAC have not been contacted, one of the sources said. The proposal could involve selling a strip of assets from Fund VI into a new vehicle, similar to Warburg Pincus’s $1.2 billion deal with a consortium of buyers led by Lexington Partners that included Goldman Sachs Asset Management in August.

Lazard is working with Thomas H Lee on the process, though the advisory firm has not yet been formally hired, according to two of the sources.

Thomas H Lee joins a growing list of blue-chip primary managers who have sought to use the secondaries market to run restructurings or stapled deals on their funds, such as BC Partners, Apax Partners and EQT. Scandinavian buyout firm Nordic Capital, which launched a restructuring process on its 2008-vintage fund with Campbell Lutyens in September, is understood to be nearing a close on its deal – worth as much as €2.44 billion – backed by Coller Capital and Goldman Sachs Asset Management, as sister publication Private Equity International reported on Monday.

The firm, which was founded in 1974, launched its Thomas H Lee Equity Fund VIII in October seeking $3 billion, according to PEI data. It is unclear whether a stapled deal would part of the potential process, and a spokesman for the firm declined to comment.

Thomas H Lee VI is a buyout vehicle that was backed by LPs including Canada Pension Plan Investment Board with a $250 million commitment, the California Public Employees’ Pension System with $240 million and New York State Teachers’ Retirement System with $100 million, according to PEI data.

It delivered a 1.89x total-value-to-paid-in multiple and a 12.3 percent net internal rate of return as of 30 June, according to performance figures from the Florida State Board of Administration.

Fund VI invested in assets including US Spanish-language media company Univision and human resources software and service provider Ceridian. Univision and Ceridian are listed in the firm’s current portfolio on its website.