Fundraising for secondaries vehicles continues apace with at least $63.9 billion being sought by the top 10 funds alone as of late August.

While capital raising fell 72 percent to just $5.3 billion in the first half of the year, a flurry of final closes are expected over the next 12 months.

The image below shows the 30 largest fundraisers between 1 January 2014 and 30 June 2019. Market leader Ardian has raised just over $47 billion in that period, almost double its closest competitor Lexington Partners.

As expected, North America-headquartered firms dominate the fundraising landscape, while just one Asia-Pacific-based firm made it into this year’s ranking. 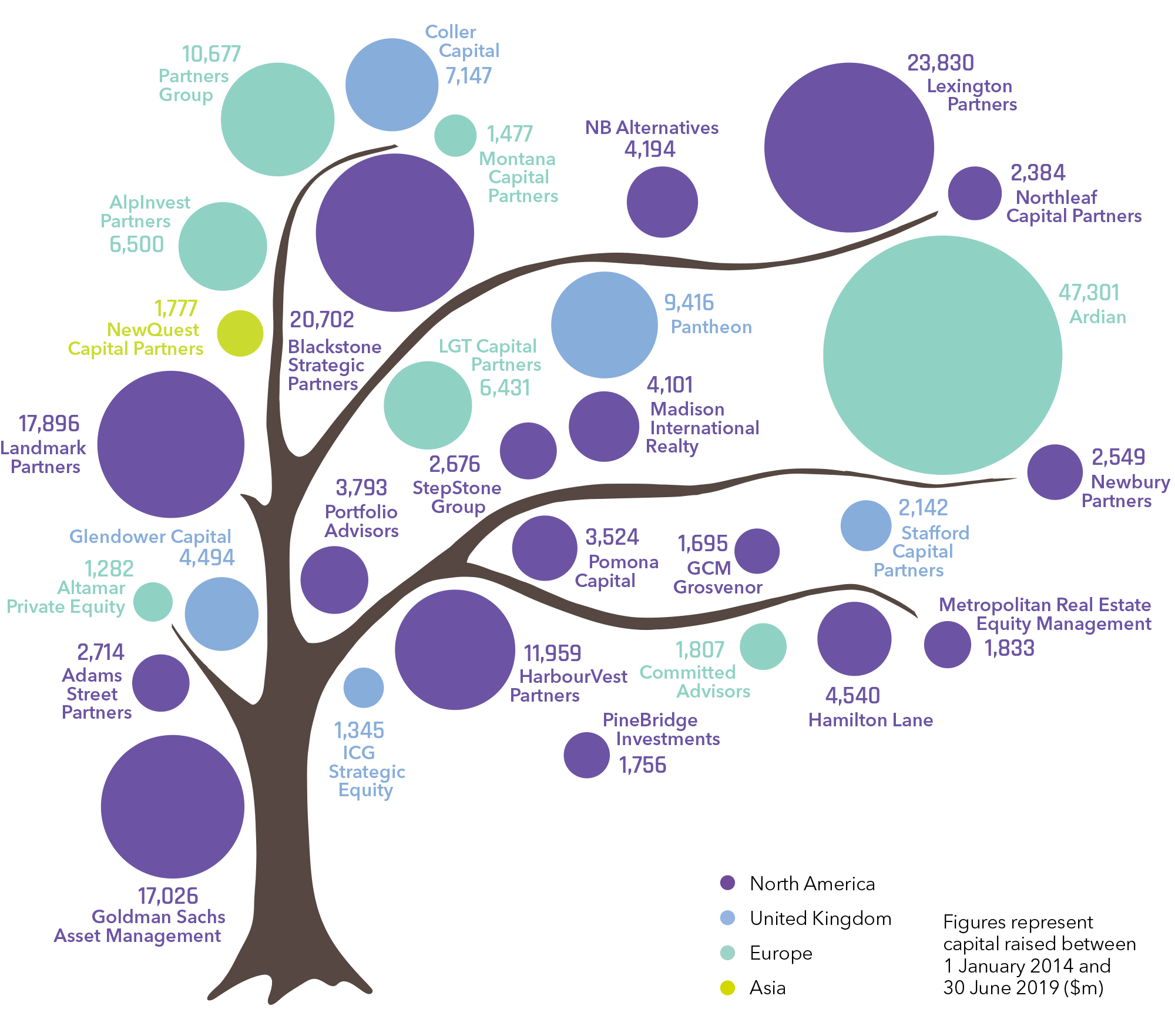