The growth in GP-led secondaries and recapitalisations of real estate funds passed a watershed in February with Blackstone’s €21 billion recap of its Mileway European logistics platform. The deal, which saw ownership transfer from multiple funds to Blackstone’s core-plus arm, was not just the largest GP-led yet – it was the largest real estate transaction of any kind.

GP-led secondaries and recaps are relatively new to real estate, but growing fast. According to data from Landmark Partners and Preqin, real estate secondaries transactions totalled $10.6 billion in 2021 – up 24 percent from 2020. And in the past five years, GP-led deals grew at an annualised rate of 38 percent per year, as reported by Landmark and Greenhill.

The essence of a GP-led secondaries or recap is straightforward. Management seek new investors for the assets, and the existing investors generally either cash out or roll over their investment into a new vehicle.

The key appeal of GP-led secondaries is that they provide a new source of liquidity for investors, while also opening the way for fresh capital to be invested in the assets. Managers that know their assets well and have confidence in their future performance can continue their involvement and their carry.

“These have become win-win scenarios,” says Desi Co, managing partner at investment and advisory firm Accord Group. “The selling shareholders achieve better net proceeds than from a straight sale; the manager is delighted to continue to be in the management of these assets. There’s a chance for a second promote, and then you’ve got the buyer coming in, which is delighted they can avoid the J-curve by buying into an existing pool of assets. The buyer often gets more control and more transparency.”

Jeff Giller, head of global real estate at StepStone, points to the growth of the mega-cap managers as another driver. “Nearly half the capital in the market is now being allocated to the 10 largest managers, which is leaving some of the really good small- and medium-sized managers with capital constraints. So, one thing managers can do to help fill the gap is to recapitalise their current vehicles.

The perception of secondaries has also changed. Regarded for many years as a defensive move carried out to shed distressed assets or source emergency capital, secondaries are now mainstream transactions increasingly seen as positive and proactive strategies.

Sarah Schwarzschild, managing director and co-head of BGO Strategic Capital Partners, part of Canada-based real estate management group BentallGreenOak, says: “These transactions have stopped being seen as a mechanism to deal with distress, to being a tool that is utilised by investors to manage their own portfolios. So today I think the stigma has evaporated.”

Meanwhile, real estate as an asset class has characteristics that may make it particularly suitable for GP-led secondaries. Co cites the well-known real estate motto, “location, location, location.” The value of location is typically long-lasting, Co argues, so why would you sell?

While investors may have good reason for wanting to exit, other investors with a different strategy or time horizon may see value in retaining exposure to real estate assets for much longer. And the managers, who really know the assets, may feel even more strongly about wanting to stay invested.

With every fund and portfolio being different in composition and investor profile, there are countless variations in how secondaries and recapitalisations are structured. The vast majority, however, involve either a new fund or a new corporate joint venture that takes over the assets.

Stefan Lempen, managing director and co-head of private real estate integrated investments at Partners Group, explains: “With a new fund, the new investors subscribe to that new fund and the old investors sell or roll part or all of their stake. If they used to have 10 percent in the previous structure, they may decide to take 10 percent in the new structure, or maybe only 7 percent, or they might exit and take cash. Or if you create a joint venture corporate entity, it can take over the assets, and then the managers and those that wish to roll over their investment subscribe to shares in the corporate entity.

“These two methods are very similar, but jurisdiction might make a difference to which you choose,” adds Lempen. “In Germany, for example, corporate taxes mean you tend to limit your universe of buyers if you do it through a joint venture.”

In any GP-led secondaries or recapitalisation, the issue of value is the most obvious point of potential conflict between the interests of managers and investors. Real estate has the advantage of being relatively straightforward to value, and funds typically carry out valuations as a matter of course every year or six months.

Giller at StepStone adds that the adoption of mark-to-market accounting over the last decade means that manager marks are more accurate than they used to be – investors should be able to go into a secondaries situation confident they have a sound starting point for understanding the asset value.

Nevertheless, there will often still be wrinkles to smooth out, particularly in an uncertain market where valuations may change fast or unpredictably.

“There is an element of time lag and uncertainty,” says Lempen. “Very often, there is a new lease that is not fully agreed, or refurbishment costs of older building structures and installations are not clear yet, which means future net cashflows leave room for interpretation. Ideally, you have one or two professional real estate valuers issuing a report.

“Those valuation reports are presented to investors with a recommendation, including a suitable capital structure. You might find there are investors that challenge the recommendation. In such a case, the various concerns from investors have to be worked through in full transparency with the support of the valuation experts until an agreement can be reached. Fully transparent and clear investor communication is very important to get right in this business.”

The option to roll over into any continuation vehicle should be a safety valve, allowing investors that do not wish to exit to continue their interest and benefit from any further upside. Without the rollover option, Lempen says transactions “risk being caught in a vicious circle of arguing whether the proposed price is right or not.”

Accord Group’s Co agrees. “In almost all the recap transactions we’ve done, and we’ve done about 12 of these now, with a little over $7 billion of gross value, there has been a rollover option. It’s very important that the investors aren’t required to sell and have the option to continue in the next phase of the journey of the properties.”

The market has come a long way in a few short years, but it is still early days. Whatever the ongoing complexities and challenges, those involved in GP-led secondaries, on all sides, appear unanimous that their growth in real estate will only continue. 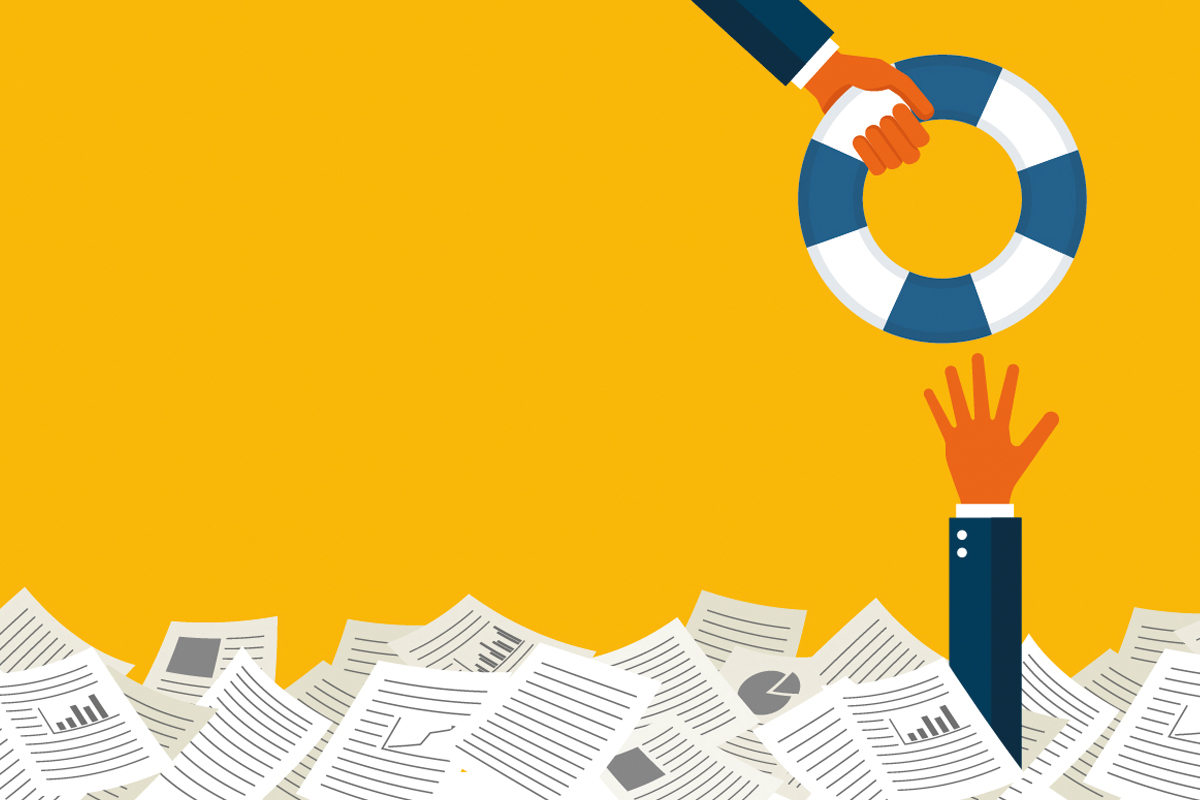 Does regulation need to come to their rescue?

In a GP-led secondaries transaction, the fund manager is in the rare position of being both buyer and seller: they buy from the investors, but also represent the investors as the seller. Every transaction will be different, says Steven Cowins, partner at law firm Greenberg Traurig. But, he adds, there are three basic pillars to ensuring fairness.

“First, what do the fund’s constitutional documents say about conflicts? Second, what is the legal background? Are you an FCA-regulated firm? An SEC-regulated firm? Third is all about good investor relations. It is the most nuanced element, but it is of equal importance to the other two,” says Cowins.

Third-party asset valuations and rollover options provide considerable protection for investors. But despite these already being typical in most secondaries, there is still room for subjectivity in the discount to asset value that investors should accept in return for liquidity. A recap is also an opportunity to renegotiate fees, terms of control and the manager’s carry in the new vehicle; ensuring fairness is about more than just getting the right headline price.

The Securities and Exchange Commission has the broader issue of fairness in its sights and has proposed rules that will require all GP-led secondaries to seek third-party ‘fairness opinions’ to be distributed to investors.

Such a regulatory requirement will clearly add to the administrative work involved in GP-led secondaries. “It’s certainly going to put a heavy burden on all but the largest secondaries sellers because the manager wouldn’t have an interest in paying for the opinion for a traditional secondaries, so the cost would likely have to be borne by the investor that is selling. Maybe for fund continuation vehicles, or other types of GP-led secondaries where the sponsor benefits, it makes more sense for the manager to cover the cost, but it could slow down the pace of transactions,” says StepStone’s Jeff Giller.

Despite widespread caution about the effect of more bureaucracy, many players are already seeking fairness opinions. Indeed, in carrying out its $21 billion recapitalisation of Mileway, Blackstone acquired two fairness opinions.

Desi Co at Accord Group believes most of the market is already moving toward fairness opinions. “It’s something that we’re increasingly doing already. Anything that gives comfort that fairness has been achieved is to be welcomed. So I don’t really have a big problem with it. Transactions might become a little bit more cumbersome, but if that brings more trust, that’s good.”