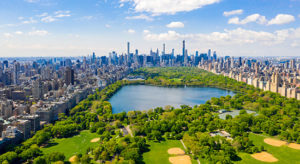 Central Park Group has brought on industry veteran Roger Lengyel to serve as managing director, head of private equity secondaries, according to a statement.

Central Park Group’s clients include small institutional investors and high-net-worth individuals, who do not customarily have ready access to these markets, according to the  statement. That is something the firm wants to change, planning to focus particularly on the fast-growing GP-led sector.

Central Park Group has long incorporated secondaries investing into its offerings, according to co-CEO and co-CIO Mitchell Tanzman, and Lengyel’s hire represents an attempt to enhance its platform.

The hire is the most recent move in a fiercely competitive market for seasoned talent. Earlier this week, Secondaries Investor reported that Jefferies poached Guggenheim Partners’ advisory team. On the buy-side, Ares Management and Apollo Global Management recently disclosed entrances into secondaries. In Apollo’s case, it has an eye on private equity secondaries as well.

KKR executives said on their earnings call this week that the firm is still considering whether to organically grow a secondaries business or go out and acquire another, Secondaries Investor reported.